Blast from the Past with STRUNG OUT 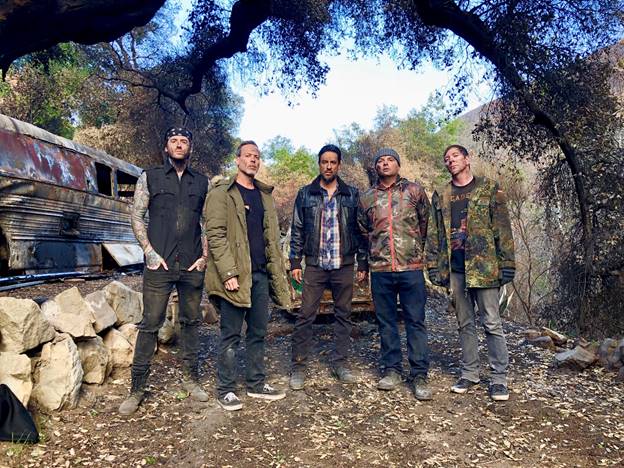 “It just sounded like a fun thing to base the tour around,” laughed Jake Kiley, guitarist for Strung Out in regards to the band performing their seminal album Suburban Teenage Wasteland Blues in its entirety on their upcoming Australian tour. “Our booking agent down there suggested we do it and it just makes sense. Whatever makes it a good tour for the fans: whatever brings everyone out… It’s one of our more successful and popular records so it’s a great thing to book the tour around that and then we can also play a bunch of new songs as well. It makes it fun for everybody.”

Released in 1996, Suburban Teenage Wasteland Blues was Strung Out’s breakthrough album and still seems as relevant today as when it came out over two decades ago.

“I think it has to do with the time it came out,” Kiley reflected. “It was a very exciting time for punk rock and for bands like us. There was a lot happening. In the mid 90’s a lot of bands put out their sort of definitive records so for some reason it really connected with people. It’s personally not my favourite record (laughs) but I love it for what it is. It’s a very pure punk rock record. Every song is super fast and short and to the point and it was kind of us coming into our own. I feel that record really made us stand out from the pack a little.”

To hear Jake discuss more personal topics such as where Strung Out fit in back then and now and if he feels the troubles reflected on by Strung Out through their career have made a difference as well as how the band has changed musically over the years and information on the album, tune in to the attached audio.