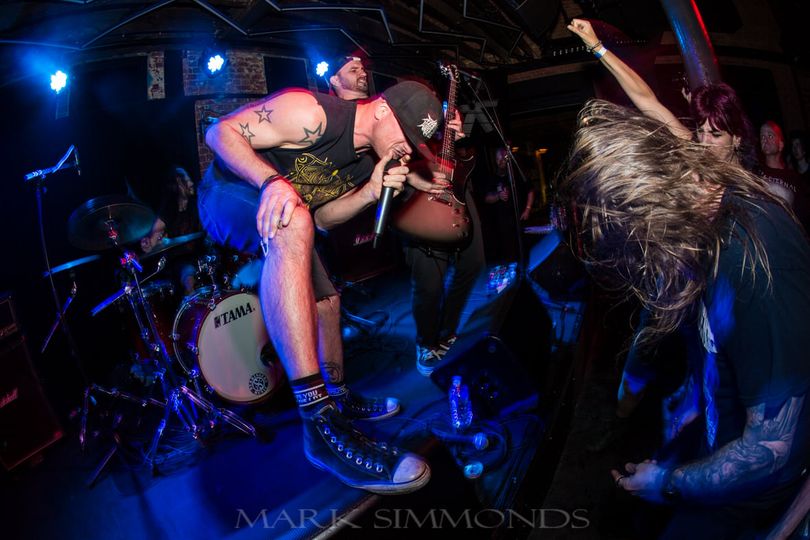 Sydney’s sludged-out groovers Black Rheno hit Vitoria this weekend for the last round of shows on their Vengence of the Hound tour.

Teaming up with some of VIC’s absolute finest heavy acts, including FrankenBok, High as Hell, Protospasm, Munitions, Goat Sharman, Life Deprived and Vexation, these shows are stacked to the brim with a slew of high-level riff merchants.

Black Rheno’s latest single, Flea Ridden (which is also the inspiration for the name of the tour Vengence of the Hound Tour), showcases the band firing all cylinders. Full-blown grooved out riffs blended with dirty blasting grind sections that seamlessly slide into some absolutely huge hooks that get the head nodding in full swing.

In its own tongue & cheek way, the song points out that how we as a human population treat our planet won’t actually kill it but will essentially make it inhabitable for our own survival as we destroy a tonne of beauty along the way. Then one day, this planet, like a dog ridding itself of fleas, is going to shake every one of us K#@tz off if we don’t make some massive changes… and the video clip is a total rager too.

Catch Black Rheno in Victoria this weekend as they bring their high energy brutal groove party south of the border. Get your tickets plus a copy of their 7″ now at www.blackrheno.com