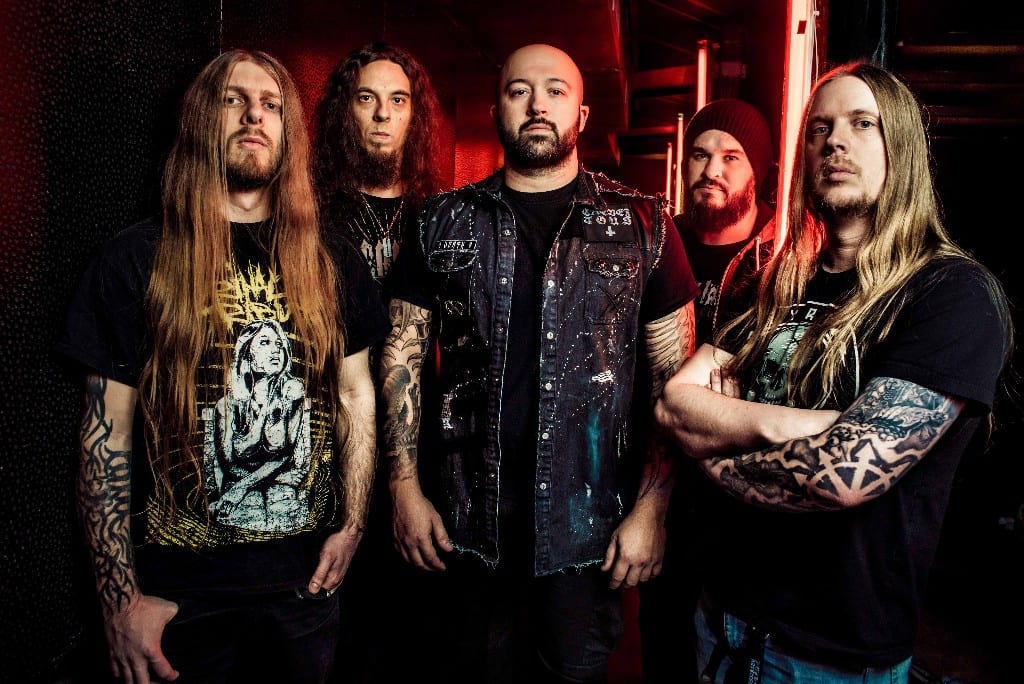 In just one week, BENIGHTED will embark on a great adventure by touring parts of Asia and India. The French death grind maniacs will perform in Dubai, India, Malaysia, and Vietnam.

Vocalist Julien Truchan comments on behalf of the band: “Hey fellows! It’s time for BENIGHTED: to bring the ‘Necrobreed’ madness to the East! We are stoked to announce our very first tour in Asia and India to be starting soon this November! We can hardly wait to see you all at our shows and discover how crazy your mosh-pits are in India, Dubaï, Indonesia, Malysia, and Vietnam… Stay sick and see you on tour!” 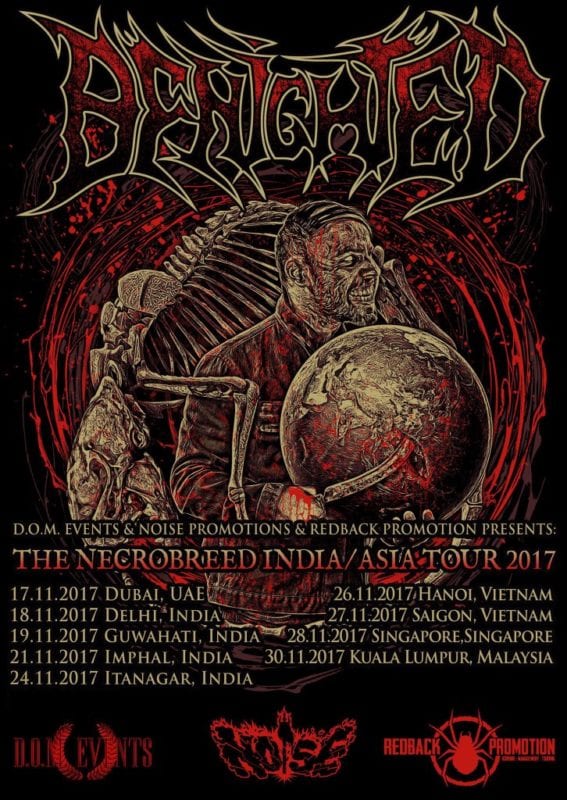 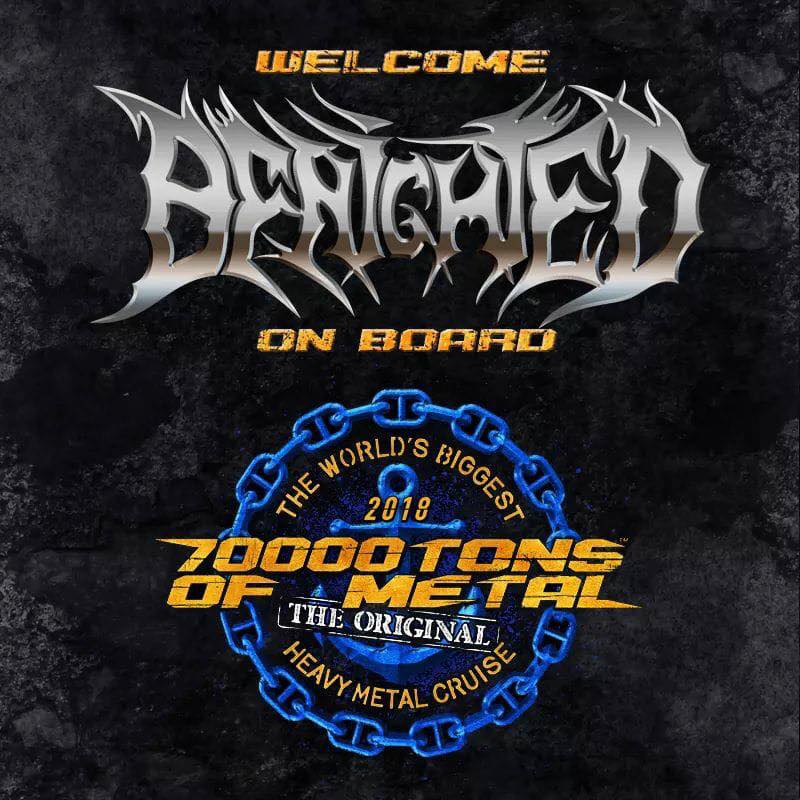 BENIGHTED will be touring in support of their latest album ‘Necrobreed’, which was released on February 17th. Madness reigns! BENIGHTED deliver the radical soundtrack to these savage times. With their new full-length ‘Necrobreed’, the French sidestep the steadily growing complexity of their previous albums ‘Asylum Cave’ (2011) and ‘Carnivore Sublime’ (2014) by recalibrating their sound along their roots.

‘Necrobreed’ is the result of modern violence combined with an undercurrent of old school feeling. BENIGHTED keep their grinding influences but classic death metal clearly shows through the fabric. Those insane pig squeals are backed-up by massive growling. Crushing riffing and nuclear drumming meet subtle melodies and hidden hooks are fuelling the fury.