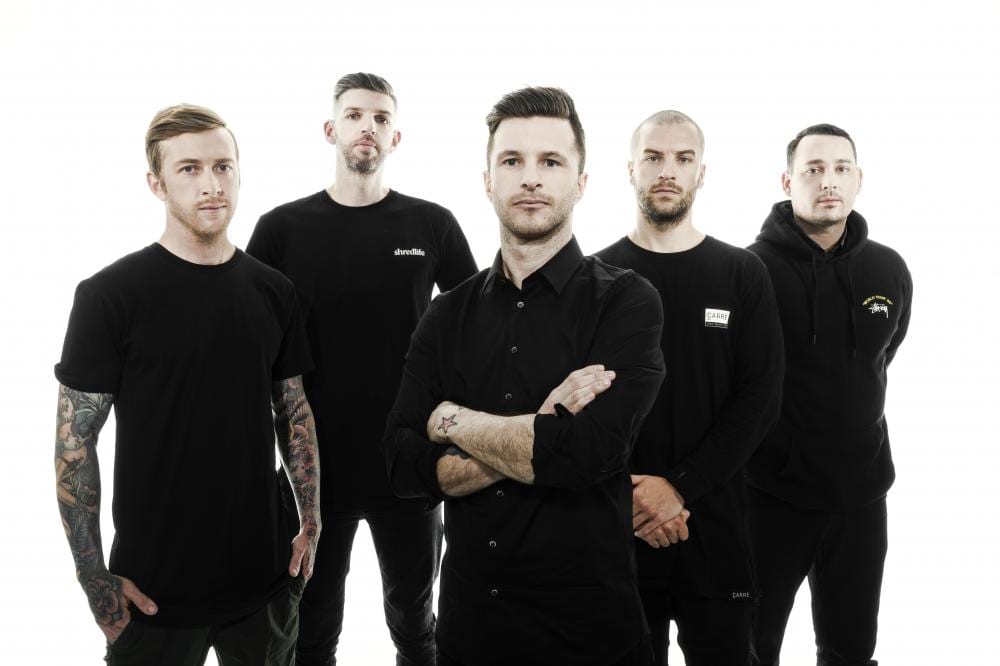 Behind Crimson Eyes have a busy week ahead – their brand new single ‘Say Bad Things’ premiered at The Music today and it will be available for purchase and streaming Friday January 12 and they are playing a heavy as hell set at the annual UNIFY Heavy Gathering in Victoria’s Tarwin Lower.

Josh Stuart, vocalist for the band, is more than excited about the release of the song and playing at the UNIFY festival. “As a band, we couldn’t be prouder of this new music – we feel like it’s important to discuss these topics and we are stoked to have featured prominent, important minds and voices as forewords to these tracks.”

In the same way that they put their money where their mouth is with a percentage of money earned from the single ‘Stardust’, BCE will donate 25% of all royalties from ‘Say Bad Things’ to charities who help victims and survivors of abuse. The foreword to the song features David Smalley of Dogma Debate, who is a podcast host, speaker, activist, author, and comedian, combining his love for entertainment and media with his passion for skepticism, truth, and equality. Dogma Debate is a podcast focused on educating the public with humor and unique, respectful discussions.

One of Australia’s most iconic heavy bands, BCE have released 2 EPs via Boomtown Records and 2 full-length records via Roadrunner Records, sold out multiple national headline tours, performed at triple j’s One Night Stand, toured with Atreyu, Avenged Sevenfold, Bullet for My Valentine, Disturbed and Iron Maiden, and graced the stage of every major Australian music festival including Taste Of Chaos, Pyramid Rock Festival, Bass in the Dust, Bass in the Grass, Homebake Festival, Soundwave and Big Day Out.

Behind Crimson Eyes‘ previous single ‘Stardust’ is out now and ‘Say Bad Things’ is out this Friday January 12 – the very same day they are playing at the sold-out Unify Gathering alongside Parkway Drive, Polaris, Architects and more.
For more information, go to behindcrimsoneyes.co.