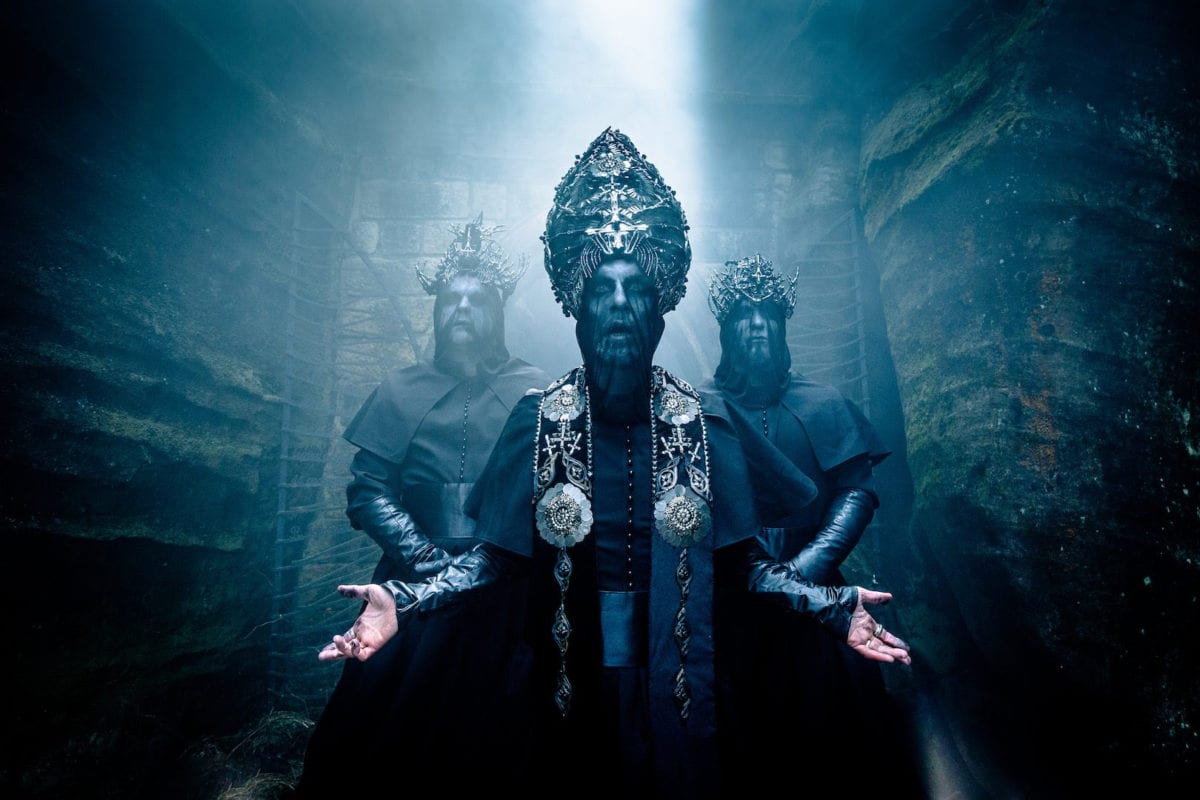 The mighty Behemoth will soon be in Australia as part of the Download Festival!

In anticipation of the trek, the band have launched a new video for Ecclesia Diabolica Catholica (directed by Grupa 13), taken from their latest album, I Loved You At Your Darkest.

Orion (bass & vocals) comments: “Behemoth Legions! As this ‘ILYAYD‘ adventure continues onwards, we want to share a new video with you! Since we began the writing process, ‘Ecclesia Diabolica Catholica’ was a stand-out contender to be featured as a single and music video. As the song evolved during rehearsal and recording, it gained this lively, furious vibe…which you hear now – thus, it includes live performance elements which we’ve not done in quite some time. We are happy to work with Grupa13 once again – and once again, they showed their super-professional approach at every step of the shooting and video production. Two separate locations, hours of preparation, but it was all worth it. In absentia dei, we evangelize! Enjoy!”

I Loved You At Your Darkest is a crushing salvo of black metal majesty replete with hellish riffs, thundering drum cannonades and soaring liturgical choirs reminiscent of classic horror cinema. Behemoth‘s most dynamic record yet, the album is extreme and radical on one hand, but also more rock-oriented than any other release. Produced by the band themselves, with drum co-production by Daniel Bergstrand (Meshuggah, In Flames), mixing by Matt Hyde (Slayer, Children Of Bodom) mastering by Tom Baker (Nine Inch Nails, Marilyn Manson), and a 17-piece Polish orchestra arranged by Jan Stoklosa.

Behemoth will return to Australia in March 2019 as part of the Download Festival
Saturday, March 9, Sydney
Monday, March 11, Melbourne