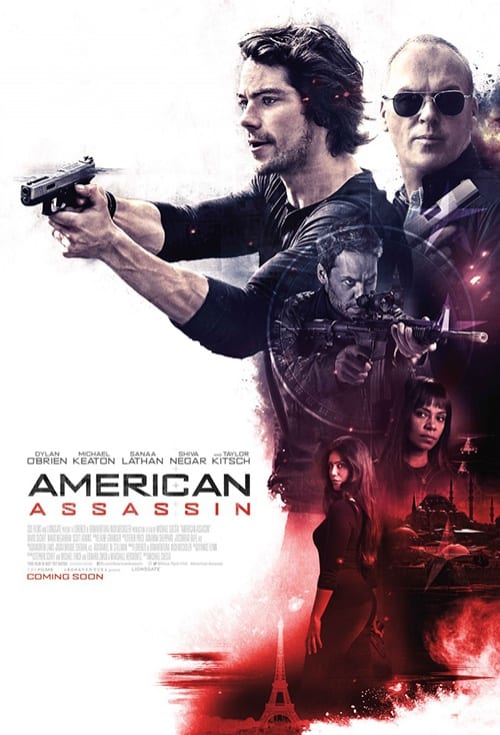 Become An AMERICAN ASSASSIN And Win A $30,000 Holiday

Think you’ve got what it takes to be a trained assassin? Put your skills to the test to win an incredible round-the-world trip thanks to a groundbreaking new Facebook chatbot game, to celebrate the Australian release of AMERICAN ASSASSIN.

Available now, the AMERICAN ASSASSIN chatbot game works exclusively in Facebook Messenger and can be accessed by searching in Facebook for ‘Ghost SH’ or by going to http://m.me/Gh0stSH on your phone. Players immerse themselves in the world of assassin training by being put through a series of challenges designed to test their dexterity, perception, language, attention, ethics and mental agility.

As players progress through the game, more complex and challenging puzzles await them, as well as the chance to win a grand prize of a round-the-world trip for two worth $30,000. Would-be assassins are encouraged to hone their skills before being assessed and ranked against other recruits around the country. The prize includes stays at many of the iconic locations the movie was filmed in, including LA, London and Rome. The lucky winner will also be put through their paces through a variety of exciting AMERICAN ASSASSIN themed activities, including weapons training with the Green Berets.

The AMERICAN ASSASSIN chatbot game was developed by full-service digital agency Isobar Australia, in collaboration with the film’s distributor Roadshow Films. The game offers an unrivaled experience when it comes to immersive Facebook Messenger chatbot gaming and is an Australian-first, in terms of both sheer scale and prizing.

Starring Dylan O’Brien (Maze Runner), Michael Keaton (Batman) and Taylor Kitsch (Lone Survivor), AMERICAN ASSASSIN follows the rise of Mitch Rapp, a CIA black ops recruit under the instruction of Cold War veteran Stan Hurley. The pair is then enlisted by CIA Deputy Director Irene Kennedy to investigate a wave of apparently random attacks on both military and civilian targets. Together the three discover a pattern in the violence leading them to a joint mission with a lethal Turkish agent to stop a mysterious operative intent on starting a World War in the Middle East.

PrevPrevious.UNIFY Gathering Festival 2018. Is it the best line-up yet?
Next.The Mis-Made Head Home For TourNext