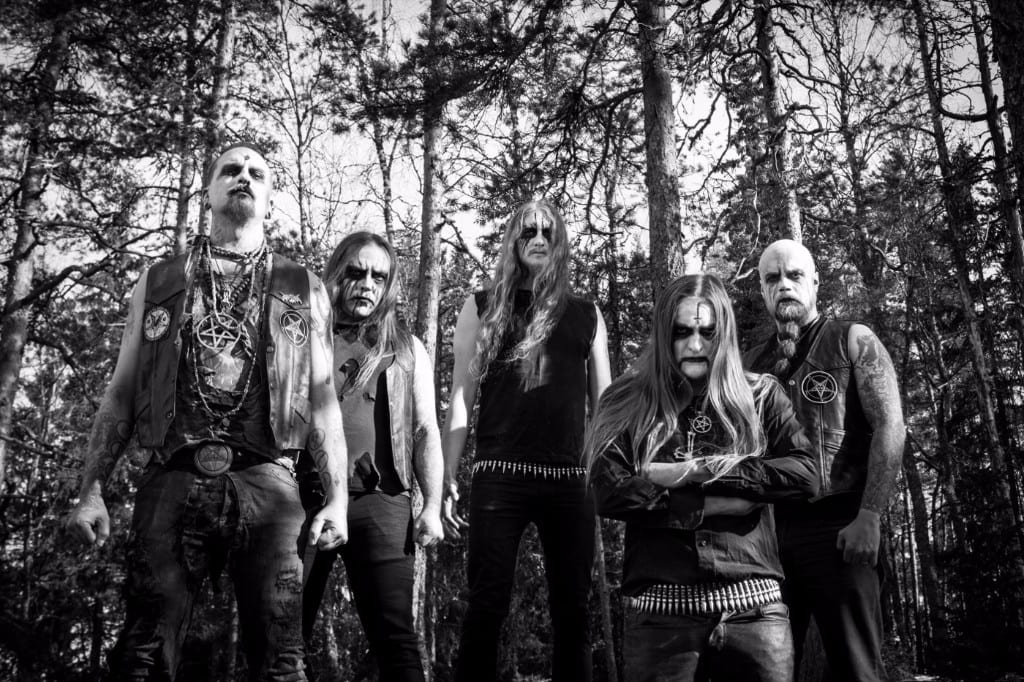 BAPTISM have announced a string of new shows in Europe and North America.

The Finnish black metal veterans will even cross the Atlantic again to perform at the prestigious Messe Des Morts VII Festival in Montreal, Canada on November 24th. In the year of the band’s 20th anniversary (1998-2018),BAPTISM will perform at the iconic Maryland Deathfest next May.

In Europe, the Finns will wreck pitch-black havoc on stages in four countries during December. For a list of all currently confirmed shows, please see below.

BAPTISM comment: “We are excited to hit the road again at the end of this year with The Devil Fire Tour.  We will return to many places where we have not been in many years. We are also very glad to come to Canada again to an amazing festival with a great line-up. This is your opportunity to see us in great shape, in  a proper dark place in front of an excellent crowd and perfect atmosphere. Don’t miss our show as we are not touring often, which makes all our live shows a quite unique experience. See you on the road!” 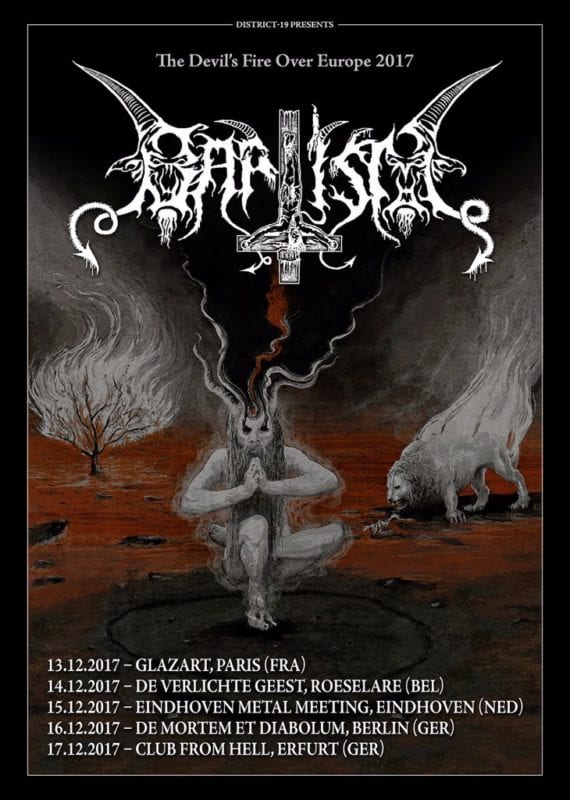 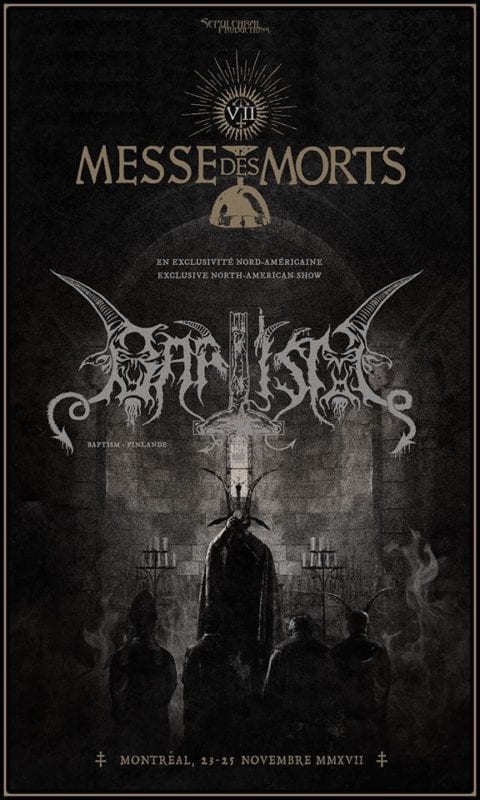 What you hear is what you get. BAPTISM deliver another album that is firmly rooted in Finnish black metal orthodoxy. Again their raw and unbound musical fierceness is counterbalanced by epic melodies buried underneath a shredding onslaught and majestic atmospheres. Yet despite staying true to course there is neither a feeling of stagnation nor of senseless nostalgia. BAPTISM excel in keeping true to their course, while appearing fresh and raising the stakes with their fifth full-length.

‘V: The Devil’s Fire’ is the result of a long evolution and the acquired craftsmanship of veterans in the field. Needless to mention that the visual trappings of their genre are not being neglected either as expressed by corpsepaint, hoods, and spikes. Nor has the Satanic mysticism on the lyrical side gone missing. The development of BAPTISM can be best explained through different periods:

Era I: BAPTISM were formed by vocalist, guitarist, and songwriter Lord S. and Demoniun on drums in the Finnish town of Ylöjärvi in 1998. As early as the summer of the same year, the first and now extremely rare demo ‘Satanic Rituals’ was released. A second demo entitled ‘Sons of Ruin & Terror’ followed in the year 2000. The band was joined by Slaughterer on bass in 2001 and this line-up unleashed first full-length ‘The Beherial Midnight’ (2002), as well as sophomore album ‘Wisdom & Hate’ (2003). Afterwards, Lord S. relocated his centre of activity to Kuopio and his former allies left the band.

Era II: BAPTISM quickly reformed in Kuopio, when Lord S. met Spellgoth and SG.7 joined the band before taking on duties as live guitarist and singing clean vocals. The EP ‘Black Ceremony’ as well as a split 7″ with Uncreation’s Dawn followed in 2004. Local musicians Kobalt on drums as well as SDS and Cinatas were added to the group, which performed their first live ritual in Kouvola, Finland. More live appearances materialised in their home country after the release of a third full-length entitled ‘Morbid Wings of Sathanas’ (2005). On the following EP ‘Evil Mysteries’ (2006), Lord . was responsible for playing all instruments.

Era III: BAPTISM experienced another change of line-up when their mastermind returned to western Finland by moving to Tampere. Cinatas handed his duties over to M, who became the band’s third bassist. The black metal outfit began to perform internationally in 2007. LRH became session drummer for the next album ‘Grim Arts Of Melancholy’ (2008), while TG took over as lead guitarist from SDS. The EP ‘Chalice of Death’ (2010) was recorded and released amidst rituals all over Europe and led to a mini tour in Russia. In the meantime Syphon became the fourth bass player for the Finns.

Era IV: BAPTISM unleashed their next full-length ‘As the Darkness Enters’ in 2012 for which the men from the north toured during the following year including a first ritual in the USA. A number of reissues of earlier material followed in 2014 as demand for these cult releases had reached new heights. This was emphasised by the rarities compilation album ‘Gloria Tibi Satana’, which was released early 2015.

Era V: BAPTISM sign a new record deal with Season of Mist. The new album ‘V: The Devil’s Fire’ is finished and ready to be released on the 22nd of July 2016.

The new era for BAPTISM is now beginning. Get ready for a black blizzard from the north to bring frost and darkness in the middle of this summer!