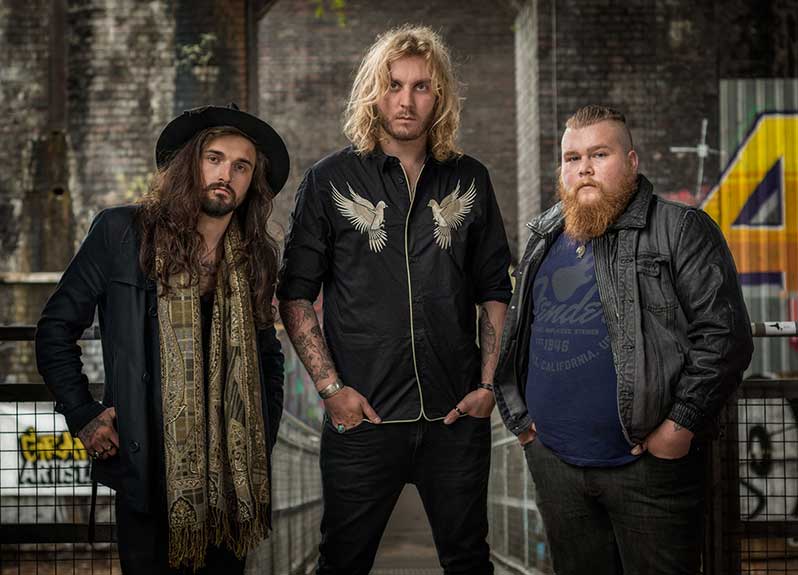 The Bad Flowers have today launched their official lyric video to promote their new single “Who Needs A Soul”. The single is released on Friday 14th September and coincides with their Planet Rocks Presents co-headline with Federal Charm starting at the Bristol Thekla on Wednesday 19th September. Special guests will be Those Damn Crows. Tickets are available from www.planetrocktickets.co.uk and www.thebadflowers.uk

Watch the lyric video to “Who Needs A Soul” below:

The Bad Flowers meteoric rise to fame kicked off when the band released their critically acclaimed debut album Starting Gun in February 2018. The album spawned to radio tracks on Planet Rock “Thunder Child” and “Hurricane”. The band embarked on a UK tour supporting Stone Broken and Jared James Nichols the same month. The Bad Flowers play Hard Rock Hell this year, followed by Planet Rockstock in December. Their recently released debut album Starting Gun is the follow up to 2016’s self-titled EP and shows the great progression of song writing and musicianship of The Bad Flowers over the past two years.

The band were named as one of Planet Rock Radio’s “Ones To Watch”. “Thunder Child”, the first single taken from the Starting Gun, gained heavy airplay and was described by the station as “pure, dynamic, riff-heavy rock ‘n’ roll delivered with passion and prowess.” The Bad Flowers next single to be serviced to rock radio is “Who Needs A Soul” which will be accompanied with an official music video.