Jordan Rudess is clearly one of the modern day wonders of the musical world. From being accepted into the Juilliard School Of Music where he was just nine years old to performing with the likes of David Bowie, Steven Wilson and Enrique Iglesias there isn’t much that Rudess hasn’t done in his career… oh and then there is his day job where he is the keyboardist for the Grammy-nominated prog rock outfit Dream Theatre.

Well now Rudess is coming to Australia with his Bach To Rock: A Musician’s Journey tour where he goes through his life in both words and music. HEAVY Mag’s Dave Griffiths recently sat down and had a chat t Rudess about what fans can expect on this tour.

“Well I wanted to go out and do solo piano things,” says Rudess when I ask him where the idea came from for Back To Rock. “That was how I got started with music and that is pretty much my home base really, that is the way that I perhaps express myself the best. So I decided that I wanted to go out and do these shows. Then my wife Daniella is a theatre producer and when I was talking to her about this her perspective was ‘well if you want to go out and do these shows then you can’t just go out and play music you have to have some kind of a concept behind it for it to be interesting.’ So we kind of put together this plan to take people on a musician’s journey which is my journey.”

“It is basically a show that takes people on a journey from the very beginning… my beginning. It goes back to when I was going to study classical music at Juilliard as a little kid, about nine years old, and then discovering rock music with The Beatles and then progressive music and then leading up to Liquid Tension and Dream Theatre. There is a chance for me to play some Dream Theatre songs on the piano and do some of the ballads and then some of the proggier stuff in a solo piano way. Part of the show is musically of course but the other part is taking people through the story…. me talking.”

All the details for Jordan Rudess’ tour can be found below. You can also listen to the full interview with Jordan with the Spreaker player on this page. 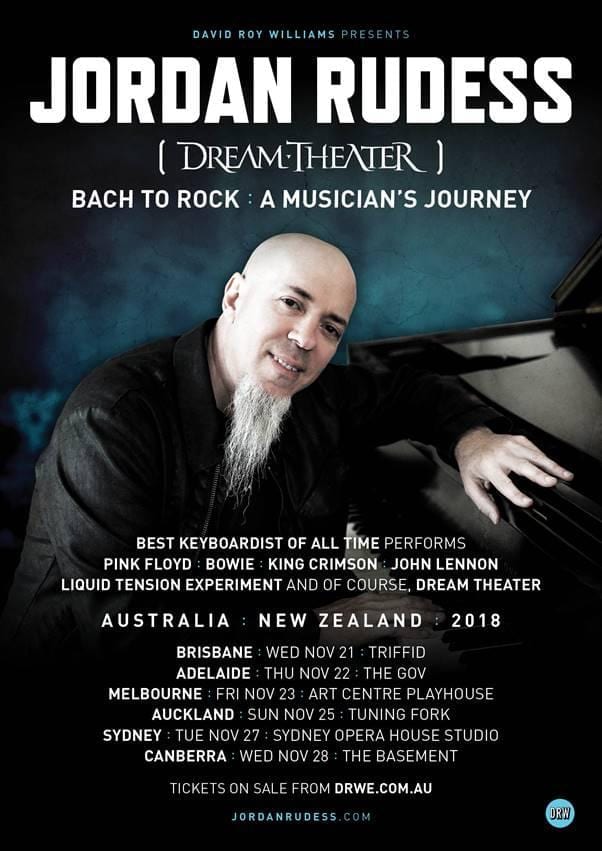