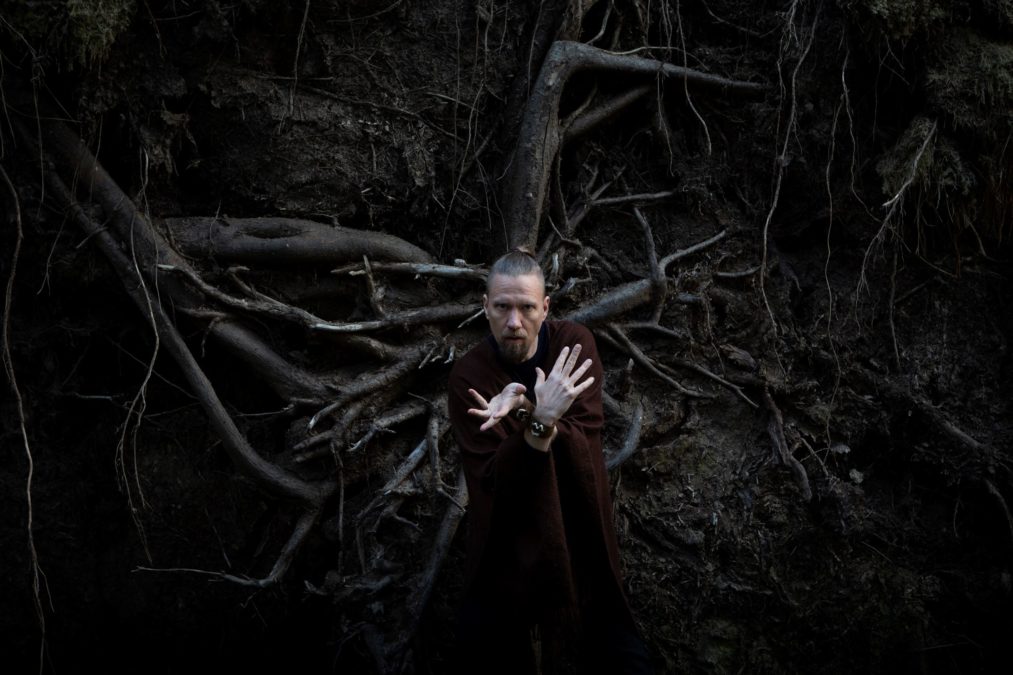 While music is a major part of all of our lives, seldom does an artist aim to create music that resonates on more than a universal plain.

Music is, and always will be, a form of expression. It is an outlet, a comfort, and a guiding force that touches each of us on different levels.

On those rare occasions when an artist delves deeper into the spiritual side of their craft they are more often than not shunned by the fans and their peers. The general consensus that if you have to stop and think too much about a body of work, it loses much of its impact is understandable, but also incorrect.

Often the more you allow yourself to be swept up in music, the deeper it moves you, but when an artist sheds all of their inhibitions and focus on things of a more personal nature they are far too often pushed to the side in favour of more accessible songs.

Which is understandable, but also a tragic waste of emotion that could never be replicated in a song that is produced for mass consumption.

Tuomas Rounakari, better known for his work on the violin in Korpiklaani, has recently completed a journey into his personal history and that of his native Finland, packaging his findings into a unique and beautiful body of work titled Bear Awakener.

It is a labour of love that Rounakari has dedicated more than a decade to by way of research, composition, and, more importantly, conversing with and learning from a range of people who know and appreciate the world he is trying to portray.

It is more than a collection of stories woven together to tell a tale from one man’s viewpoint. It is a case study of history and mythology that is accentuated further by the addition of traditional instruments, all of which Rounakari learnt to play himself in order to add authenticity to the album.

HEAVY caught up with Rounakari to talk about Bear Awakener in an interview that covers so much ground we have decided to separate it over two parts to allow the full magnitude of the journey to sink in.

“This has been a massive project,” Rounakari affirmed. “It’s been 13 years since I released my first solo album, and also I have been active with performing it all over. There never was a place to do another solo album. For the past ten years I have been saying next year. Next year I will do the next solo album. For over ten years it was always the next year. There were a lot of reasons why it took so long, but to be here now and sending the first pre-orders out is pretty amazing to come to this point finally where it gets out to the world.”

Bear Awakener shows Rounakari at his purest musically. It is a departure from the sounds and mass appeal generated by Korpiklaani, focusing more on a market that appreciates music as an art form rather than a medium that is more accessible and produced for the masses.

It is an album that may not appeal to the broader musical market, but Rounakari stresses again the fact that it is that market that he is trying to avoid.

“I think one of the reasons why it took so long was I haven’t been happy with the state of affairs in the music business for a long time,” he sighed. “I feel awfully silly that we are in a situation where the industry supports us to create music and give it out freely in hope of reaching tens of millions of people. Not even millions of people, but tens of millions. I miss the times when you would put money in an envelope and send it to Sweden and hope that an album will come back in return. I miss the anticipation, and it wasn’t self-evident that you would get to hear the album you want to hear. I miss the difficulty that actually created value for things. For me, I started thinking that the music I am doing in my solo is not even a niche. It’s more than a niche. It’s a lonely guy playing an acoustic violin out of tune, out of tempo (laughs) based on ancient songs that shamans were singing in Siberia over 100 years ago. It’s way out there. I have to ask myself, does this music want to be out there at all? How do these songs want to be in the world? Do they want to be on playlists? How are those kind of things? At the same time that I have been playing with Korpiklaani and going towards bigger and bigger audiences, I found that I get more satisfaction for myself when I play to 20 people in the middle of the woods. Somewhere beautiful where people come just to hear those songs and be in that music. They don’t have any other plans going on or getting pissed drunk or finding the next ex-wife, so all of this got me thinking of doing things differently again. So instead of aiming to get y music in front of tens of millions f people who aren’t genuinely interested, I wanted to make an album that only a few people will want to have, but it means so much to them that they are willing to pay 100 euros for. That was the way out for myself and put value back into the music in a new way… or I should say in an old way, so that there is anticipation towards it; there is respect towards it and an understanding that this isn’t a click right, click left affair. Of course, with these kinds of decisions, you are on your own. There’s not many labels out here who will support you or say great, you are going to release an alum for 100 people (laughs). That’s the thinking behind this. I feel that these songs are sacred. They are not sacred in a Christian way, which is like I want everybody to sing and praise the Lord in the same way. They are sacred in an almost intimate way and also in a way that probably doesn’t want to be out there in the open.”

In the first part of the interview, Tuomas talks about the journey from inception to completion, the meaning behind Bear Awakener, how much research went into making the album authentic, the mystique and beauty of the bear in Finnish culture and more.