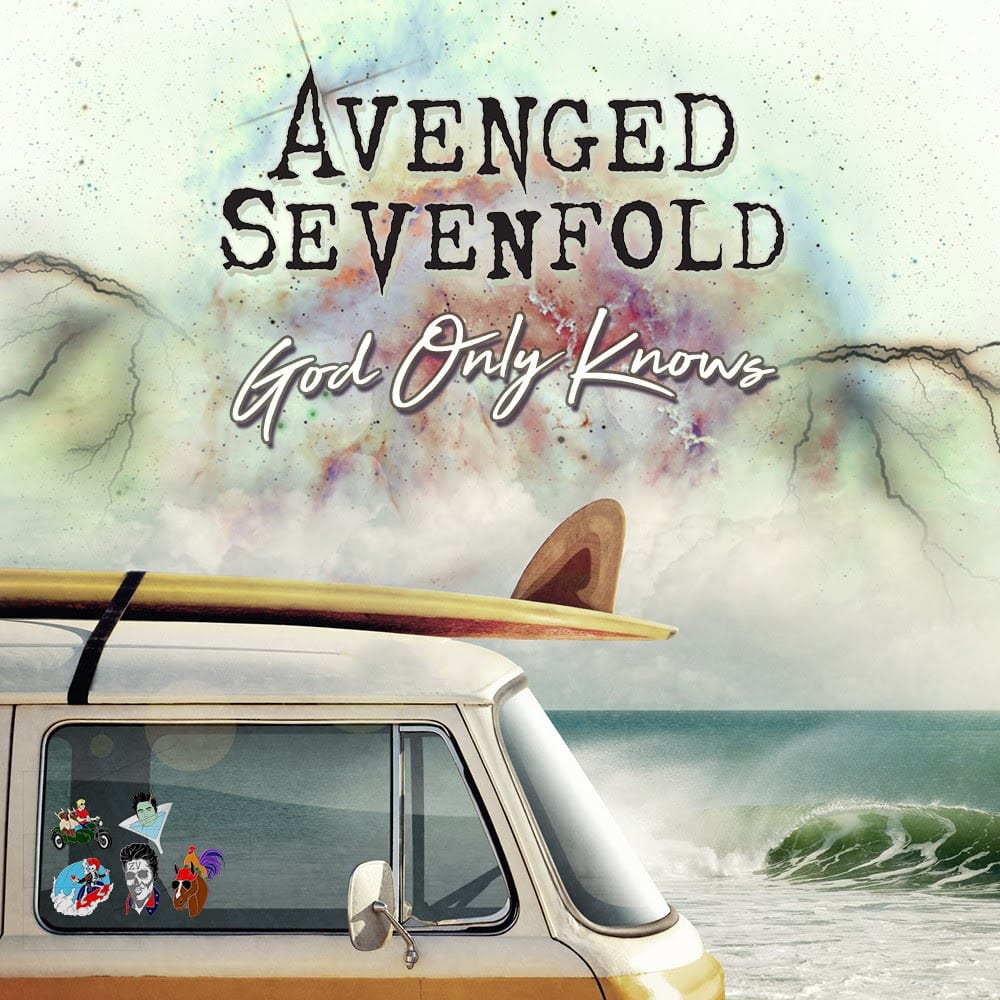 Now Avenged Sevenfold continue their expansion of new album THE STAGE with their version of The Beach Boys’ 1966 hit, “God Only Knows” Listen here

“Of all these new songs we’ve recorded, this one was the most difficult in terms of figuring out an arrangement,” says vocalist M. Shadows. “Figuring out the middle vocal melodies was also challenging. We wanted to make the song a little darker by adding a flanger and some haunting vocal nuances. The Beach Boys have always been an influence, so it was fun to tackle this one from arguably the best album of all time, ‘Pet Sounds.’”

THE STAGE is the band’s 7th studio album and first for Capitol Records. Co-produced by A7X and Barresi, THE STAGE is a work of immense scope and ambition, featuring 11 panoramic tracks tied together by an Artificial Intelligence theme.

Inspired by the writings of Carl Sagan and Elon Musk, the album is the band’s first thematic release. Its epic 15-minute-plus closing track, “Exist,” features a guest appearance by award-winning astrophysicist Neil deGrasse Tyson giving a spoken word performance he penned specifically for the album.

Guitar World, who spotlighted Gates and Zacky Vengeance with a cover story, lauded the disc for being “the most surprising and ambitious album of their career.” The Guardian  and NMEeach gave it four stars, with the latter calling the album “their best yet,” adding that “they’ve truly arrived.” Q called it the group’s  “boldest album yet” and Classic Rock called it “a metal masterpiece.” Avenged Sevenfold recently released a video for a second album track, “God Damn,” which already has 5.7 million views. The album hit No. 1 on Billboard’s Rock, Hard Rock and Alternative Albums charts, No. 4 on the Top 200 and debuted Top 5 on iTunes in over 35 countries.  Its title track hit Top 5 at rock radio and its companion video has amassed over 19 million YouTube views to date.

The band recently announced that they’re transforming the album into an evolving body of work by adding a series of new tracks over the course of the coming months.

Avenged Sevenfold (vocalist M. Shadows, guitarists Synyster Gates and Zacky Vengeance, bassist Johnny Christ and drummer Brooks Wackerman) have just wound up  a stadium summer run with Metallica as well as on their own series of special headline shows. Next up is their headlining slot at the Houston Open Air festival on September 15th.

ELEPHANT GUN Dust Off The Cobwebs