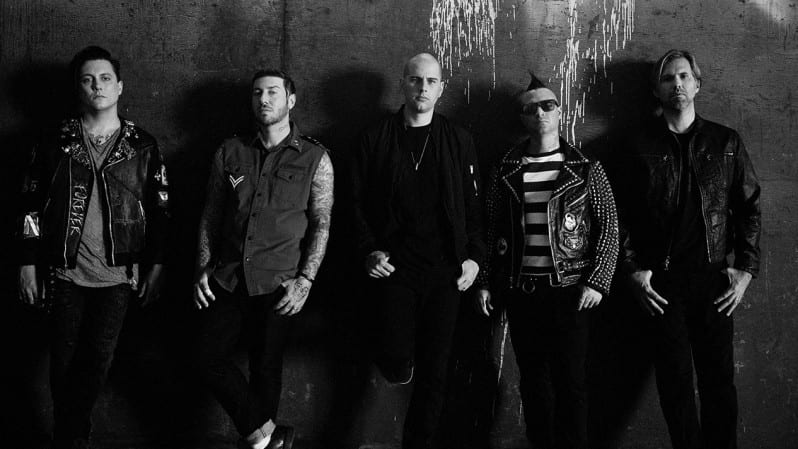 Download Festival, the world’s premier rock event, has today announced the second of its three headliners as one of the world’s biggest rock bands Avenged Sevenfold. The three-day festival takes place 8 – 10 June 2018 at the spiritual home of rock in Donington Park, Leicestershire. Tickets available now at downloadfestival.co.uk/tickets.

Avenged Sevenfold will return to Download Festival once more, to give a momentous Friday night headline performance that will be talked about for years to come. This announcement comes days after it was revealed that the Prince Of Darkness Ozzy Osbourne will also be headlining.

From the genre-defining metal-core album City Of Evil, the hard rock UK No.1 Hail To The King, through to the latest progressive-metal sounds of The Stage; Avenged Sevenfold have an epic history of modern metal classics, a stage show to make Rammstein jealous and a proven track record of smashing anything that comes their way.

“We are more than honoured to be a part of this legendary show and line up.  Being asked to headline Download for the second time is a career highlight.  We would like to thank our UK A7X family”

Download Festival’s Promoter, Andy Copping said:
“A real career highlight of mine was giving Avenged Sevenfold their first ever UK festival headline slot, and I’m thrilled to welcome them back. You don’t often see bands like Avenged Sevenfold top the charts, but much like seeing them live, they’re not to be underestimated.”

Download Festival is the home of rock music and takes place on the sacred grounds of Donington Park, which have been associated with rock since the eighties. The festival attracts icons of rock to its main stage, plus some of the best and hottest new acts in the world. AC/DC, KISS, Metallica, Black Sabbath, The Prodigy, Rage Against The Machine, Slipknot, Linkin Park and many more have all headlined its main stage.