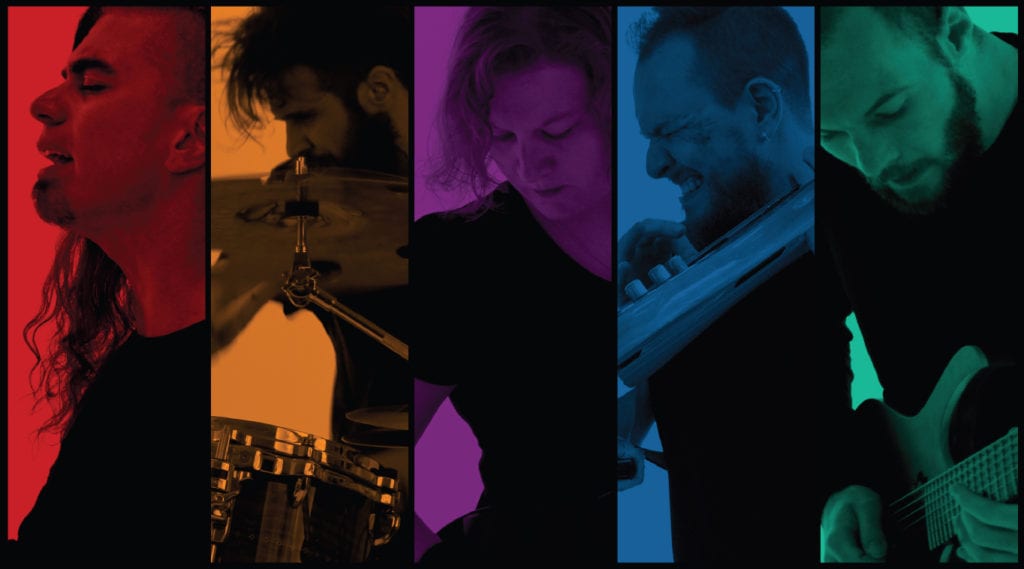 Australian pop sensibilities combined with modern progressive heaviness – the cult force that is VOYAGER are back with their 6th album, entitled ‘GHOST MILE’. They are kicking off the new album cycle with amazing new single ‘ASCENSION’ and a filmclip directed by Adrian Goleby.

The filmclip premiered Monday Night Australian time at Prog‘s website and Ascension was featured on triple j’s The Racket, Home and Hosed and 2017 with Richard Kingsmill last week, as well as Andrew Haug Radio and Hysteria’s Hard Noise show.

Add to that, they are today announcing their ‘Ghost Mile’ album Australian headline tour in May 2017, with French Djent/Prog/Dubstep maestros The Algorithm in support! Taking in Perth, Brisbane, Sydney, Canberra, Melbourne and Adelaide, the sweet pairing will be crushing riffs and blowing minds all over the country throughout May.

VOYAGER’S sensationally anthemic 6th opus has an amalgamation of everything the band does best – huge soundscapes, pop and prog sensibilities with catchy and thought-inducing instrumentals. The album was mixed by Matthew Templeman (Saviour, Life Pilot) and mastered by Simon Struthers and maintains the production that was such a successful selling point for their album ‘V’.

Ashley Doodkorte (drummer) – says this about the band’s evolving sound on this record “The tracks on GHOST MILE embrace some of the more idiosyncratic aspects of our playing and songwriting – all of us are pushing our instrumentation to places they haven’t visited as much in the past, while still maintaining the hallmarks of our sound – and the results continually surprise and delight us! Like never before, this new album really feels like the sum of all of our influences, ideas and personalities.”

Maintaining their adamance for fan loyalty and interaction – VOYAGER have launched a Pledge Music campaign where fans can pre-order the new album, which is set for a May 12th release. The Campaign is at 80% complete in under a week and looks on target to completely decimate this target in very little time. Supporters and Fans can pledge here: http://www.pledgemusic.com/artists/voyager

In June 2014, Voyager released their fifth opus; the internationally critically acclaimed ‘V’. Their new album received incredible reviews from media outlets such as Metal Hammer, Prog Magazine, Classic Rock Magazine and Revolver Magazine. In addition, ‘V’ entered the
top 20 on the CMJ US Loud Rock Charts and led Voyager to receiving a nomination for the ‘Breakthrough Artist’ award at the 2014 Prog Magazine Music Awards and an invitation to appear at Bigsound 2014.

‘V’ also saw Voyager perform at major festivals such as ProgPower USA, Euroblast Festival in Germany and the prestigious ProgPower Europe Festival in The Netherlands. They also shared the stage with the likes of Deftones, Opeth, Leprous, Protest The Hero, Nightwish, Epica, Oceans of Slumber and Coheed and Cambria over the course of V’s album cycle.

Having ended 2016 with a bang touring Australia with DEFTONES and KARNIVOOL, receiving a WAM award for ‘Best Heavy Act’, and already being invited to once again play Euroblast and headline Progpower EU in 2017, it’s looking to be their biggest year yet with the upcoming release of ‘GHOST MILE’. 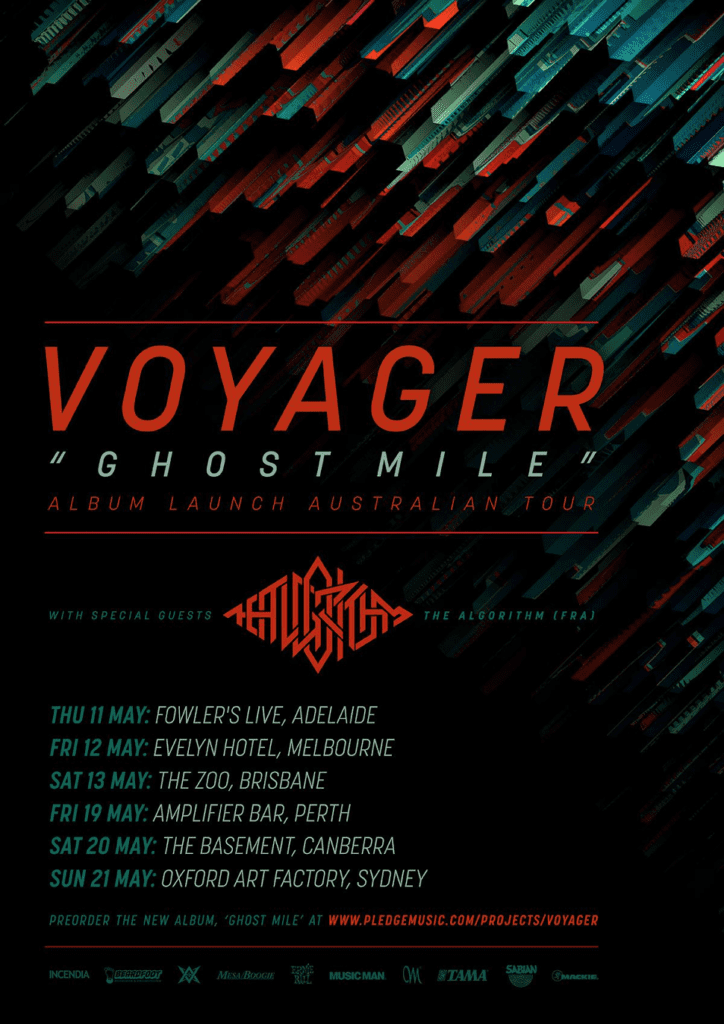