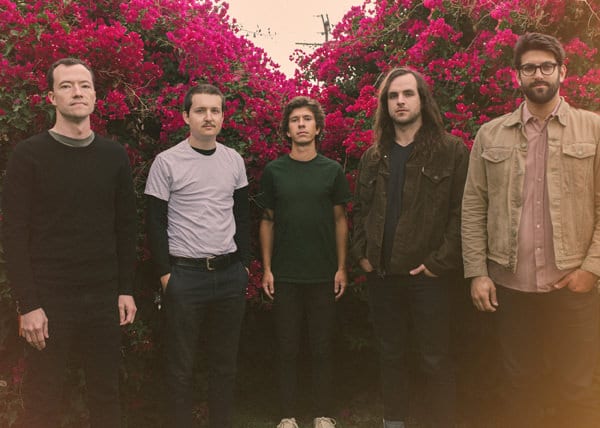 Touché Amoré will be in Australia promoting their 2016 Stage Four album which is the band’s fourth studio album and comes after the passing of lead singer Jeremy Bolm’s mother from cancer in 2014.

Pitchfork described it as “A harrowing and unrelenting record, Stage Four is a glowing testament to the post-hardcore band’s melodicism, honesty, and unconditional empathy” whilst Alternative Press exclaimed  “the result is a beautifully sad collision of melody-drenched, aggressive art rock that retains plenty of the fast-paced intensity the band’s perfected.”

Today Destroy All Lines and Touché Amoré announced their supports:

5th July at The Triffid, Brisbane Lic AA – Kings At Heart
6th July at The Cambridge Hotel, Newcastle 18+ – Safe Hands
7th July at Factory Theatre, Sydney Lic AA – Rumours
8th July at the All Ages show at Arrow On Swanston, Melbourne AA – Fever Speak
9th July at Corner Hotel, Melbourne 18+ – Better Half
11th July at Fowlers Live, Adelaide Lic AA – Hindsight
12th July at Amplifier Bar, Perth 18+ – Glass Waves
Joining them will be Turnover, who are returning down under after mesmerising their audiences when they supported Basement in 2016. They recently announced their new album Good Nature, due for release on the 25th August via Run for Cover Records & Cooking Vinyl Australia, and released their first single taken from the record “Super Natural” – which can be seen here.

Rounding out the bill will be Sydney’s very own in Endless Heights who are fresh off the road with Hellions and winning over audiences across the country with their latest two track ‘Pray I Fade’.

With less than two weeks to go, make sure you secure your tickets now from tickets.destroyalllines.com to avoid missing out!