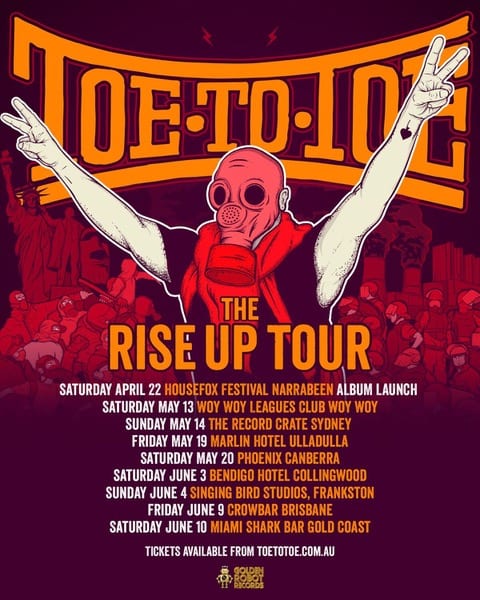 Australian hardcore legends Toe To Toe release their new album, “Rise Up” TODAY via Golden Robot Records!
Rise Up features 12 brand new tracks and is a statement to the band’s longevity. Since forming a quarter of a century ago in 1992, their tale is one of survival, struggle and total conviction.
Raging against the current state of the world, Toe To Toe’s message is just as important and potent, if not more so, today than at any time throughout their career.
Two singles have been released from the album to prime fans for the album release. The anthemic call to arms that is the title track, Rise Up and an ode to their hometown Sydney.
To celebrate the album’s release, Toe To Toe have released a new lyric video for Blacklisted