Melbourne rockers The Ugly Kings recently SOLD OUT their Promised Land single launch show at Melbourne’s Cherry Bar!
Now after the success of the Melbourne show, The Ugly Kings are taking their power blues to key cities around the nation, playing shows in Adelaide, Sydney and Brisbane.

The band made a huge impact earlier in the year supporting Airbourne around the country, with Airbourne’s main man Joel O’Keefe saying of the band;

“Great show! The Ugly Kings have really got their own thing going on and it rocks! I love all the dynamics, pushing and pulling and then always smashing it out. Great intensity and power.”

Promised Land has been gaining massive momentum on Spotify since release too. 11 000 plays and counting with a monthly listener growth of 10K. 8 thousand of those since the release of Promised Land!

Double single launch with The Lockhearts.

Pre-sale tickets direct to Oztix here or from: crowbarbris.com/shows

is available for purchase now via

Or stream it here 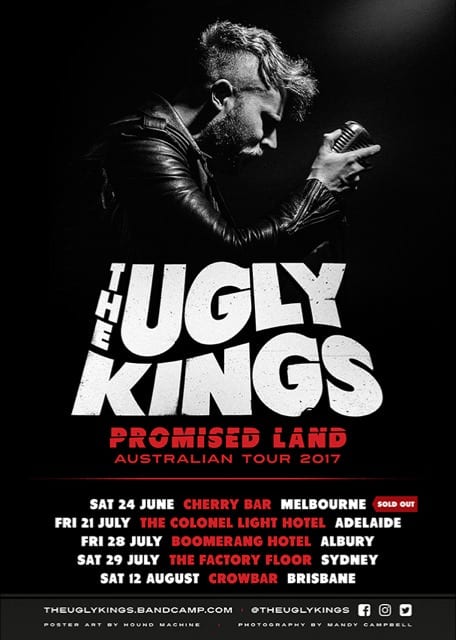