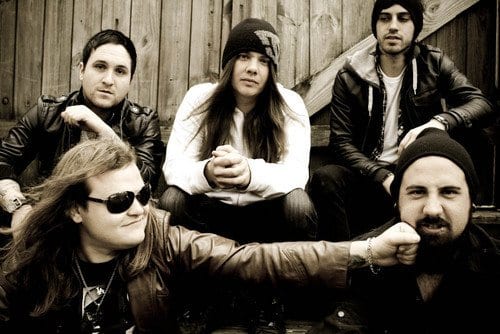 US post hardcore legends, The Red Jumpsuit Apparatus will be returning to Australia this May for a national headline tour as part of their Don’t You Fake It –10 Year Anniversary World Tour.
The band will be celebrating the iconic release by playing it IN FULL from start to finish!
The anticipation for this tour is overwhelming with the bands first show in Melbourne on May 12 now SOLD OUT!
To appease their Melbourne fans, a second show has now been added on May 10, also at Max Watts.
GET IN FAST! Our cities are closing in on capacity and WILL SELL OUT!
Do Not Miss your chance to catch Don’t You Fake It played in full as well as a stack of other RJA classics! This is definitely a bucket list opportunity for die hard fans!
Tickets for the second Melbourne show are available nowtickets.destroyalllines.com/?Event=71929
Joining RJA on all shows will be Brisbane’s Young Lions.
The five piece have played their way to the forefront of the Australian rock scene. Their alternative edge and instantly recognisable sound has led to them sharing stages with major international bands like The Almost, Sense Fail, Adept and they are equally at home playing with Aussie bands as diverse as Dead Letter Circus, Jebediah and Feed Her To The Sharks! Plus their own headline shows have earned a loyal following and they continue to build a reputation for their live performances.
TOUR DATES
Friday, May 5: The Triffid, Brisbane – Lic/AA
Saturday, May 6: The Manning Bar, Sydney 18+
Sunday, May 7: The Small Ballroom, Newcastle 18+
Wednesday, May 10: Max Watts, Melbourne ** NEW SHOW **
Thursday, May 11: The Basement, Canberra 18+
Friday, May 12: Max Watts, Melbourne 18+ ** SOLD OUT **
Saturday, May 13: Fowlers Live, Adelaide Lic/AA
Sunday, May 14: Amplifier Bar, Perth 18+
Tickets On sale Now!
tickets.destroyalllines.com
Offical Event Page:
http://bit.ly/RJA17tour 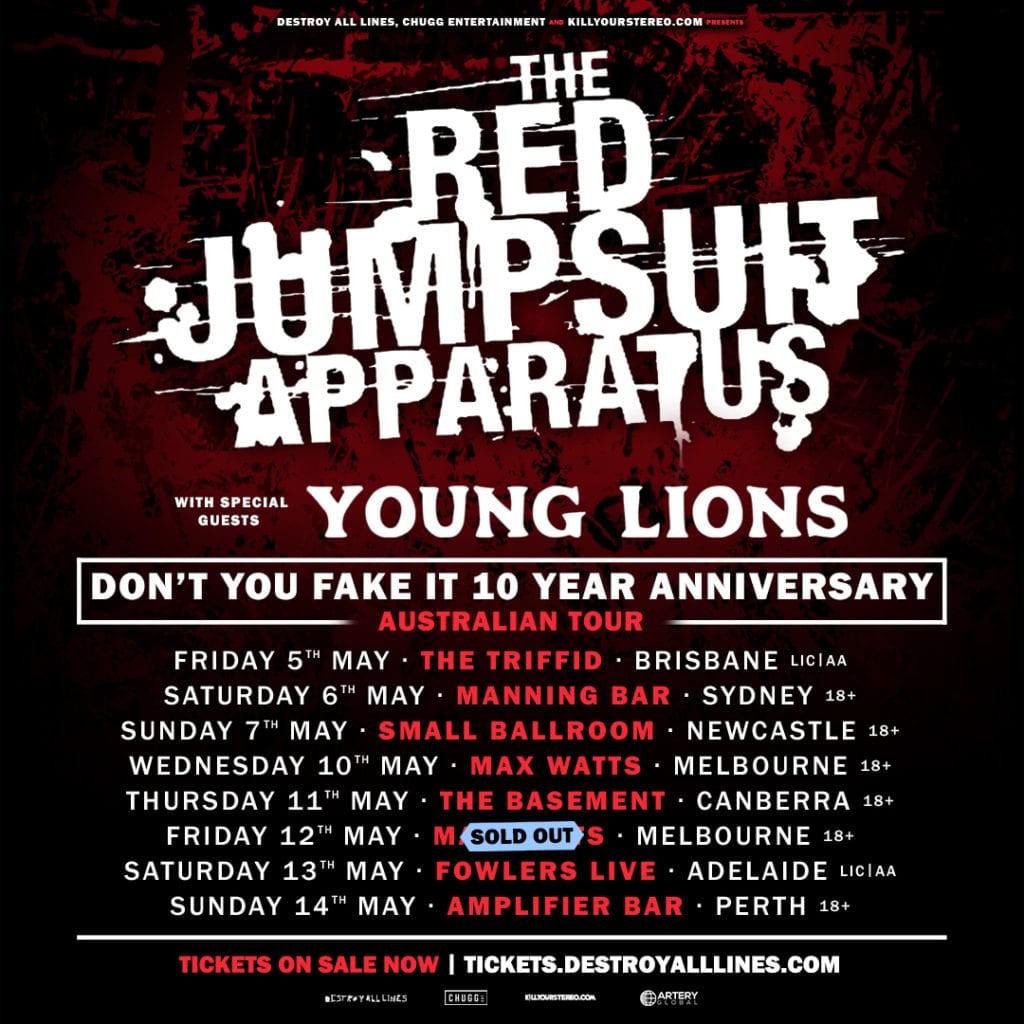