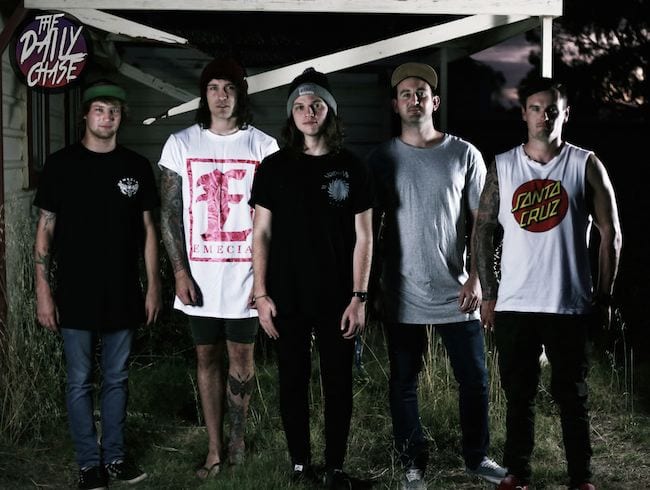 South Australian Metalcore outfit The Daily Chase hit the road in 2017 for the NEVER CHANGE TOUR in conjunction with the release of their latest single ‘Never Change’.

The Daily Chase formed in 2014 and have since established a very strong platform for themselves.

2015 saw The Daily Chase release their first EP ‘Foundations’, which debuted at Number 4 on the ITunes Metal Charts. The band was then rated in the top ten by Joel Birch (The Amity Affliction) for the ‘Afends Fast N Loud’ national competition and came runner-up overall.
The Daily Chase have since shared the stage with the likes of Escape the Fate, Dream On Dreamer, Make Them Suffer, Confession, Sensaii and Feed Her To The Sharks (just to name a few.)
TDC had a massive 2016, touring the east coast multiple times to a warm reception whilst securing several high-profile support slots.

The Daily Chase premiered their new single ‘Never Change’ last month during their sold out Ed Castle show in Adelaide South Australia. They also released a video for the single online featuring the band messing around at the beach with their bro band ‘Days Of Deceit’. Since then the track has gained coverage Australia wide and also landed video air time on the popular ABC TV show ‘Rage’.

The Daily Chase are now kicking off their third East Coast tour and bringing along guest bands ‘Isotopes’ and ‘Ten Years To Late’.