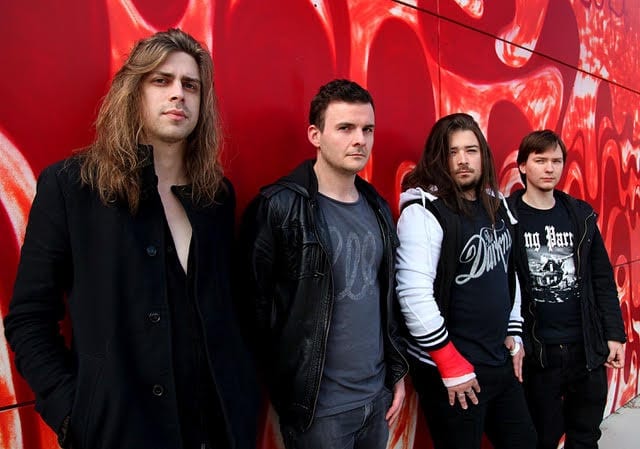 Sydney rockers, Red Gazelle are about to hit the road in support of their recently released, self titled, debut EP.
Big riffs, with even bigger hooks coupled with old school rock n roll vocals all wrapped in a party vibe is what Red Gazelle are all about! Busting out a live show that forces you to boogie with a jaw busting smile and leaving you yearn for the golden days of rock, Red Gazelle embody the very essence of rock.
Red Gazelle spent a good amount of 2016 building a very loyal fan base by touring up and down the east coast, opening for the likes of The Dead Love, Bad Moon Born, The Lazy’s Hammers, Rick Dangerous and more.
The band then recruited Sydney producer Daniel Antix who recorded, engineered and mixed the their unapologetic riffs at Def Wolf Studios, putting lightning in a bottle! That bottle was released on December 4 in the shape of their 7 track EP.
With two singles out already, Time Won’t Heal and Damascus and a third coming up, the Red Gazelle EP is fast becoming one of the must have releases of the year!
TOUR DATES
Saturday, March 11: Hudson Ballroom, Sydney
Saturday, March 18: The Catfish, Fitzroy, VIC
Friday, April 21: Mona Vale Hotel, Sydney
Saturday, April 22: Dicey Riley’s, Wollongong
Thursday, May 25: Oxford Art Factory, Sydney
Red Gazelle is out now!
https://itunes.apple.com/us/artist/red-gazelle/id1041417065