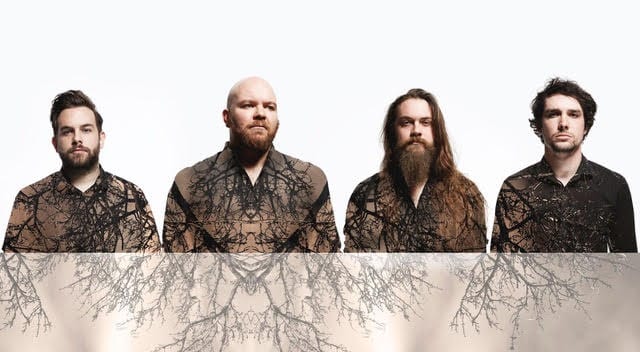 Melbourne’s heavy experimental creatives Orsome Welles will be releasing their long awaited new EP titled Rise on May 26.
The band will touring nationally in support of Rise across June and July.
Rise has been a long time coming, with its first two singles Build A World & Maestro released towards the end of 2016.
Both songs caused quite a stir among industry and fans alike with their striking videos being produced by acclaimed film-maker, Adrian Goleby.
Adrian will once again be at the helm for the next visual feast to be served up by the band in the very near future.
Watch Build A World here & Maestro here
Frontman Michael Stowers comments:
“For Rise we took a different approach based on how we wanted the end product to sound. We focussed on pre-production, and we think it is evident in the sound being a lot more reflective of our live show.
We feel that Rise resembles where we are as a band, refreshed with new songs but still inspired by our original sound. We are seriously passionate about making music together, and Rise is the microcosmic baby of our passion.”
Rise was produced, mixed and recorded by Matt D’Arcy at Basin Productions amongst the picturesque foot hills of Melb
ourne’s Dandenong ranges, with mastering duties handled by Steve Smart at Studios 301 in Sydney.
Orsome Welles ended 2016 on a major high, touring nationally with fellow Wild Thing Presents comrades Circles, and appearing at the sold out Progfest in Melbourne where they were a major crowd favourite, receiving rave reviews (see below);
“Orsome Welles have found an approach to prog-rock that no other band has achieved.” – Heavy Mag
“The band is in devastating form…their live set just gets bigger, badder and bolder with every show they play.” – The Music
“Vocalist Michael Stowers’ operatic wail truly elevates them into the prog rock cosmos.” – Beat Magazine
Orsome Welles are a band that defy classification. An unconventional merge of progressive and heavy, overlaid with an early 20th century panache; pounding grooves, infused with intricate instrumentality and raw uncaged power.
Their avant-garde live show, exemplified by their musical ferociously offset by the soulful, soaring vocals of enigmatic frontman Michael Stowers is a sight to behold.
Since arriving on the scene in 2014 with their Erth News Bulletin EP, Orsome Welles have received praise from all areas of international heavy scene.
They have supported global heavyweights such as Trivium, Seether, Orphaned Land and The Ocean and played with the best of the best of the burgeoning Australian prog-rock heavy scene including Twelve Foot Ninja, Ne Obliviscaris, Caligula’s Horse, Voyager, and more.
This June, Orsome Welles will embark on a seven date journey around the country, taking Rise to every major city in the nation.
TOUR DATES
Sunday, June 11: Arockalypse Festival, The Loft, Warrnambool
Friday, June 16: Black Bear Lodge, Brisbane
Saturday, June 17: Badlands, Perth
Saturday, June 24: Crown & Anchor, Adelaide
Friday, June 30: The Factory Floor, Sydney
Saturday, July 1: The Basement, Canberra
Saturday, July 8: The Evelyn, MelbourneTickets on sale now via
wildthingpresents.com 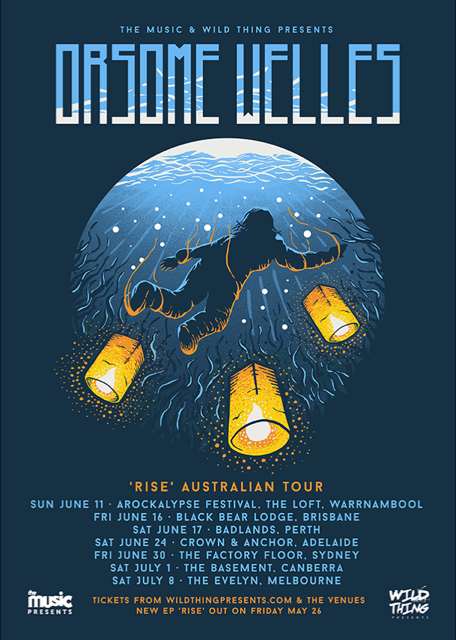