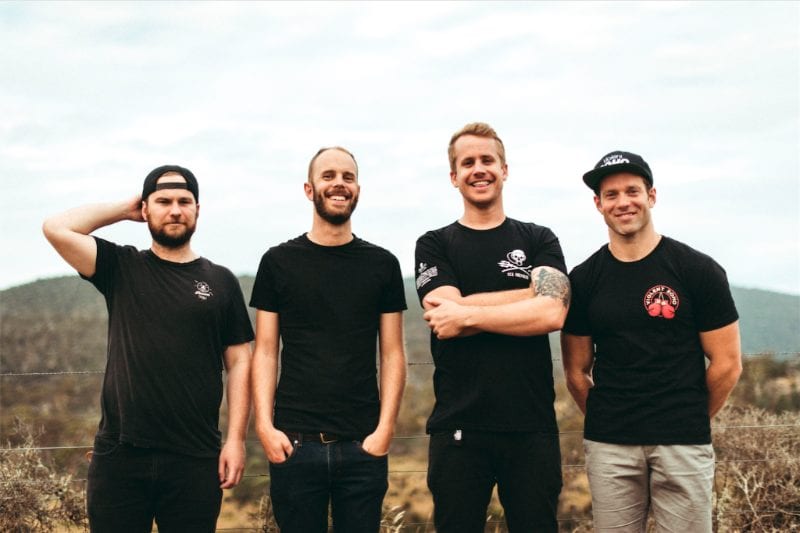 Strap yourself in as Luca Brasi announce some very special guests for their headline tour. They’ll be touring nationally in June with American act Pianos Become The Teeth and fellow Tasmanian natives Maddy Jane and Speech Patterns.All the way from Baltimore, Maryland, Pianos Become The Teeth exploded on the scene with their 2009 debutOld Pride and gained national attention with 2011’s The Lack Long After, their third album Keep You saw them taking a brave step forward to craft a musical statement that truly transcends genres. Keep You had critics far and wide gushing over the release with Alternative Press throwing their stamp of approval with a 5/5 star review saying “An incredibly bold, beautifully shimmering, deeply aching and immaculately crafted album.” While Brooklyn Vegan adds “Their best material yet.”

Growing up on Tasmania’s Bruny Island, Maddy Jane launched onto the scene with her single Drown It Out which landed rotation on triple j and becoming Unearthed’s feature artist of the week. Maddy Jane developed a love of music and songwriting listening to Paul Kelly and Courtney Barnett. She spent the better part of 2016 touring Australia supporting Tash Sultana, Montaigne, Luca Brasi and playing a string of headline shows.

Speech Patterns, the four Tasmanians who formed in late 2012 have produced a sound that is sure to leave you picking up your jaw by the end of an intense, melodic and excitable live show. They have performed with local and international bands such as Luca Brasi, Title Fight, Propagahndi, A Wilhelm Scream, The Smith Street Band and The Menzingers. After slowing down in late 2015 with an indefinite hiatus, Speech Patterns have returned with a fresh lineup that has once again sparked their passion to play for their own blend of fast melodic punk.

In the midst of a long hot summer that’s seen the foursome deliver huge sets at Laneway Festival, Unify Gathering, Party In The Paddock and The Plot, as well as their first placing in triple j’s Hottest 100 withAnything Near Conviction and infamous Like A Version take on Paul Kelly’s Chrissie classic How To Make Gravy in the 200, the boys will be delivering all the sing-alongs, finger pointing and dancing you can handle this winter.2016 was the breakout year for the St Helens outfit off the back of latest record, If This Is All We’re Going To Be. Hitting #1 on the AIR charts and #18 on ARIA, it nabbed feature album on triple j with the ensuing national tour selling out all dates well in advance.Backing it up with support slots alongside Violent Soho and The Smith Street Band, and trekking around Europe with Moose Blood, PUP and Turnover, Luca Brasi are in raging form right now. 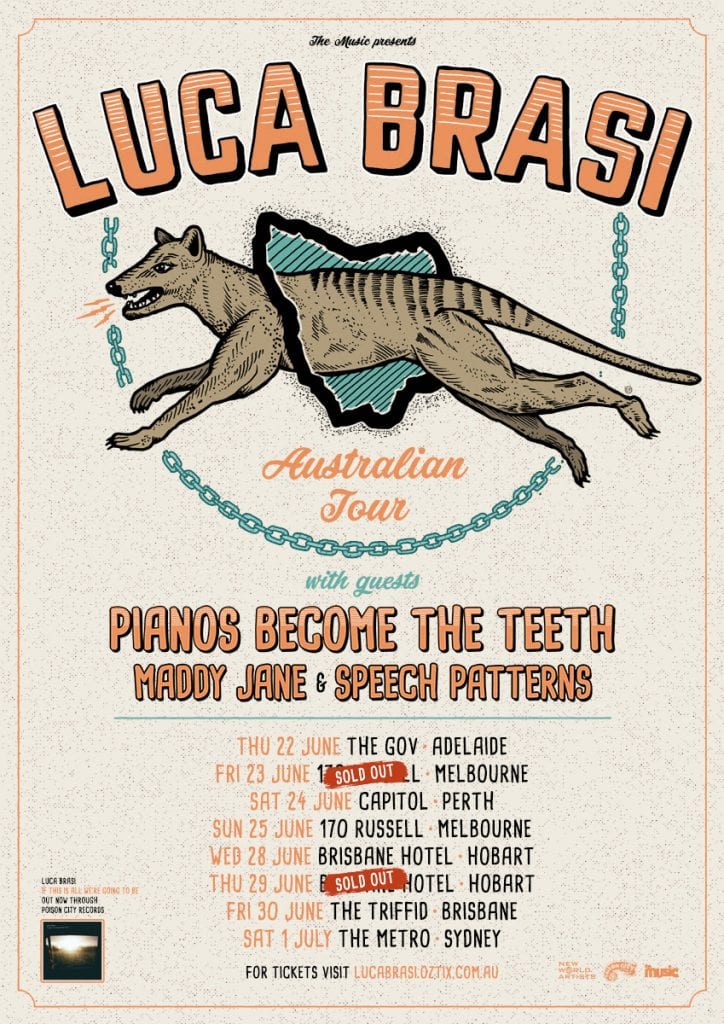