[AUS NEWS] I PREVIAL TOUR SOLD OUT! (Except 1 Show) 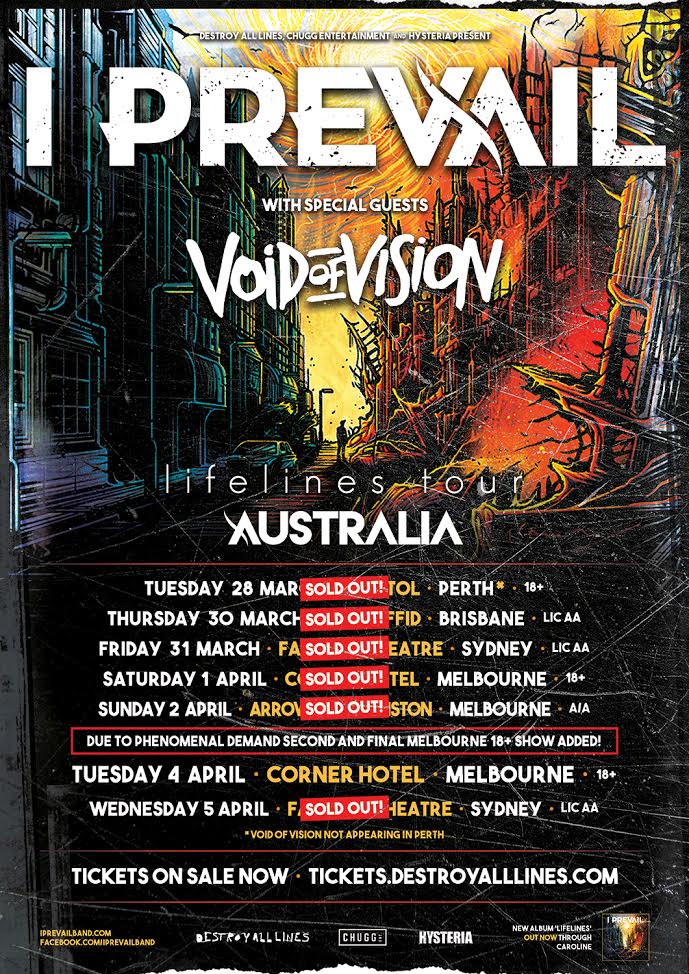 I Prevail Australian shows are almost all sold out. There’s just the second show in Melbourne at the Corner Hotel with a few tickets left. Got yours?

Melbourne legends Void of Vision joins the entire tour as main support. Void of Vision are signed to UNFD/Rise Records and will be returning to home soil for this tour, after a February/March European tour supporting Chelsea Grin, Betraying the Martyrs and fellow Aussies Make Them Suffer.

Sunday 2 April – Arrow on Swanston, Melbourne – All Ages– SOLD OUT
with BELLE HAVEN