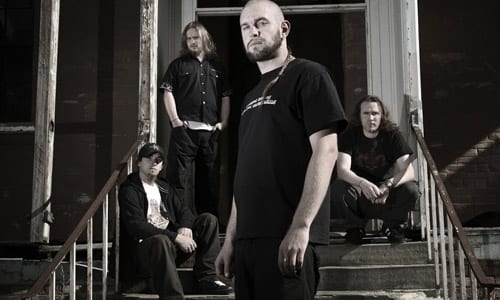 After a super successful debut event last year, Housefox Fest is set to return in 2017.
Housefox Fest has immediately become known as THE all inclusive music event on Sydney’s Northern Beaches bringing indie, blues, Rock, Punk and Heavy Metal together and is set to take place on Saturday, April 22 at Narrabeen RSL.
This year, the Fest will be headlined by Australia’s most successful extreme music act, the mighty Psycroptic and hardcore legends, Toe To Toe

The event came together in a bid to help lift the local scene and showcase some of the very best talent on the northern beaches. Playing tunes ranging from indie rock, blues and punk through to all out metal brutality, this years event will also include some great interstate acts!

Housefox Fest starts early with 2 stage areas running on the ground floor, an outdoor BBQ and bare foot bowls on the green. Later in the afternoon the Main Auditorium will open up with bands playing well into the night.

With more bands and details still to come,  it’s not hard to see that this is going to be a truly rollicking great day of tunes and good times!

THE LINE UP
Housefox Fest 2016 has Australian metal legends, Psycroptic coming in to tear it up as the headline act for the evening!
Also, hardcore legends Toe To Toe will be in the house. Their new album Rise Up is out April 28 & Housefox Fest will be it’s official album launch!
Sludge, stoner, grind, metal heads Black Rheno will be turning up to turn it out with riffs, grooves and blast, these guys smash one mental live show.
4 Barrel Hemi:  One of the northern beaches most kick ass surf, punk, rock n roll bands going.
Na Maza: Balls out heavy groove metal band from Canberra who demand your attention and deliver an earth moving live show.
Yanomamo: have been belting out thunderous, low-tuned, groove-laden, sludge-ridden-doom all over Australia since forming in 2011.
Marvell: Indie rock / blues roots / experimentalists have been kicking goals all over the place with their debut self tilted EP receiving glowing reviews.
Last Dig Academy: Full blown skate punk rock styles kicking out jams creating slams.
Conquerors: All new heavy metal band with flavours of groove, tech and pure aggressive energy, tight drums with unique vocal stylings.
Speakeasy: Rock n roll brand bringing a slice of grunge, powerful vocals, sad, yet catchy powerful songs that draw you in.
Down For Tomorrow: Punk rock reminiscent of 90‘s flavours such as Face To Face, No Use For A Name, & Blink 182 with their own modern take.
The Shadez: Funk, reggae, hip hope tunes that are all about the party and snags… these dudes are out for one hell of a good time none stop no doubt.
*** with more to be announced!
Tickets On Sale Nowhttp://kingdomsounds.oztix.com.au/Default.aspx?Event=71836
Official Event Page
www.facebook.com/events/267118637076904