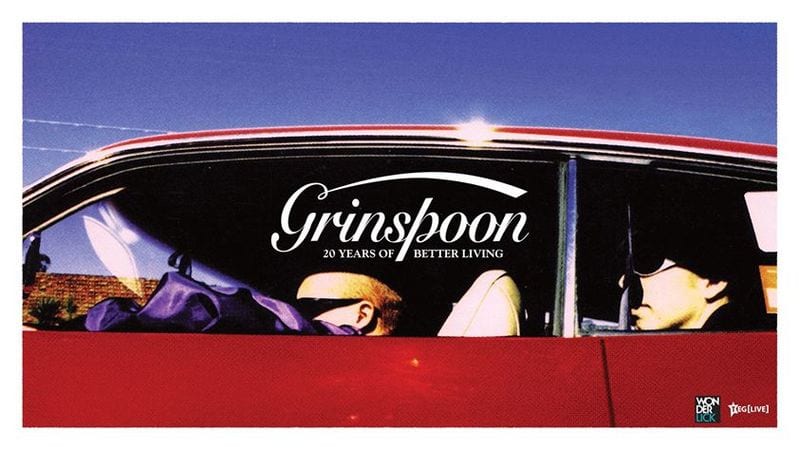 Our HEAVY Boss has been telling us some interesting stories about his adventures with Grinspoon and other bands from the mid-90’s such as Bulldozer, Feebles Junky (with Andrew G/Osher Günsberg on bass–Yep, he can play bass like a mother-fucker apparently), Front End Loader, Screamfeeder and others at tiny  clubs in Brisbane like the Babylon Cafe on Saturday afternoons, The Orient Hotel and Crash ‘N Burn in the evenings [all venues are closed now]. Sounds like some awesome bands that didn’t make it through the industry mill, besides Grinspoon!

To keep up with the overwhelming demand, the boys have added five new shows to their monster “Guide To Better Living 20th Anniversary Tour“, with second shows hitting Enmore Theatre on Thursday, July 6, The Tivoli on Sunday, July 9 and Granada Tavern on Sunday, August 6. Two new shows have been announced for Barooga and Newcastle fans, with the tour now swinging via Barooga Sports Club (NSW) on Thursday, September 21 and NEX Newcastle on Saturday, September 23.

There sure is a lot of love out there for Grinners, with tickets to the Tivoli Theatre show selling out in just thirty minutes after going on sale.

And with very limited tickets still available across all capital city shows, fans are encouraged to get in quick to avoid disappointment. Chuffed with the positive response to the long-awaited tour, vocalist Phil Jamieson says, “Australia! You have turned it on for the mad demand for the 20 year party for Guide To Better Living… we are beyond flattered that you want to join the party, so we have added some more party
times to ensure no-one misses out!”

The band will be supported nationally by Hockey Dad and will be playing the album cover to cover across June-September 2017, alongside a selection of later favourites from their albums that followed. To correspond with the tour, an accompanying expanded, multi-format reissue of the album will be released on June 23. Grinspoon have curated a 20th Anniversary edition of “Guide To Better Living”, expanding the original 16-track album to a mammoth 49 track feast of rarities live tracks and unreleased recordings. The album also appears on vinyl for the very first time in the form of a limited edition red vinyl pressing, coupling the original album with a second disc Live At CBGB’s – an incendiary 10-track live recording of the band taken from the fabled CBGB’s venue in New York.

“It’s a real honour to be releasing the 20th Anniversary of ‘Guide To Better Living’. It was an amazing time in the band’s life. Going back and listening to the album and watching old footage reminds me of what was an unbelievably exciting time in all our lives,” says guitarist Pat Davern.

Grinspoon is Phil Jamieson on vocals, Pat Davern on guitar, Joe Hansen on bass and Kristian Hopes on drums. “Guide To Better Living 20th AnniversaryDeluxe Edition” is set for release on June 23.

Pre-order album bundles are on sale from www.grinspoon.com.au. 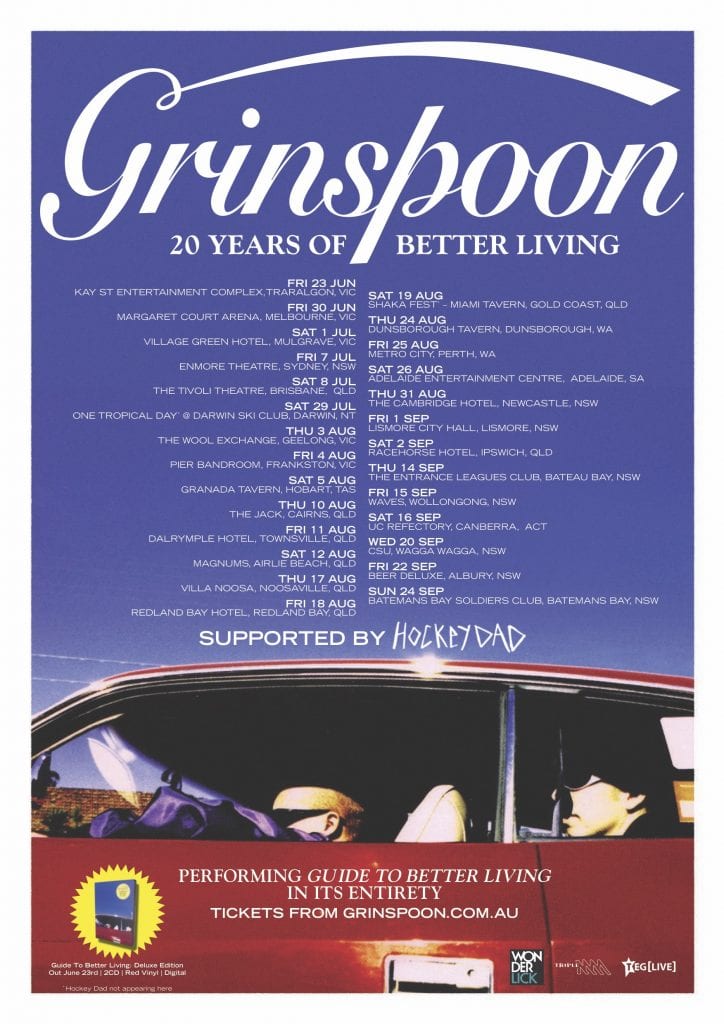