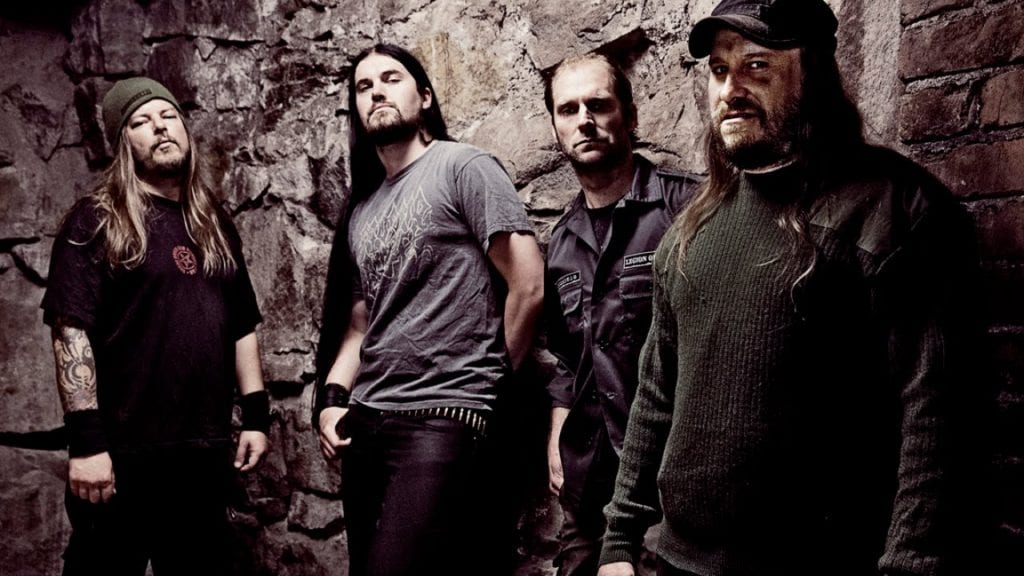 Explaining the relevance and influence of Entombed is probably as superfluous as pointing out why Slayer rule, Lemmy is bigger than God and the passing of Dio was the greatest loss in metal history. A legend is a legend. Fullstop. F**k off!

Explaining the reason for the name change might require more effort but why waste precious space? Let the music speak for itself because at the end of the day, that’s what the underground is all about, right? Heavy music for heavy music fans.

To save you some precious time for listening to this record rather than wasting it for googling, here’s a quick historical breakdown nonetheless: ENTOMBED A.D.’s legacy goes way back into the year 1987 when the band originally formed under the name Nihilist. In 1989, the group changed its name to Entombed, they established themselves as masters of Swedish death metal before flavouring the trademark “Stockholm sound” with a more punkish, rocking edge that culminated in the ultimate death ‘n’ roll classic “Wolverine Blues” in 1993, an album still very much present in the band’s current sound.

ENTOMBED A.D. released their first album ‘Back To The Front’ under the new name in 2014 and followed it up with 2016’s ‘Dead Dawn’

It seems that after returning to the front in 2014, ENTOMBED A.D. are now way more comfortable with the arsenal at hand and the quartet is more eager than ever to live up to the finest line from the track “Total Death” – “It’s only rock ‘n’ roll – DESTRUCTION!”

An Entombed A.D. show is a domination of the senses, and it’s not only the music, it’s the people they are. If you happen to see that Entombed A.D. will be playing anywhere near you, I highly suggest attending. They have never, and will never, disappoint their fans. – METAL AT THE GATES.

ENTOMBED A.D. has all its weapons polished and reloaded and is ready to shatter the Australian music scene with an uncompromising full frontal assault. So, let us all and celebrate the fact that the legend called Entombed has been given new life through ENTOMBED A.D. and all there is left to say is… Goddamn! 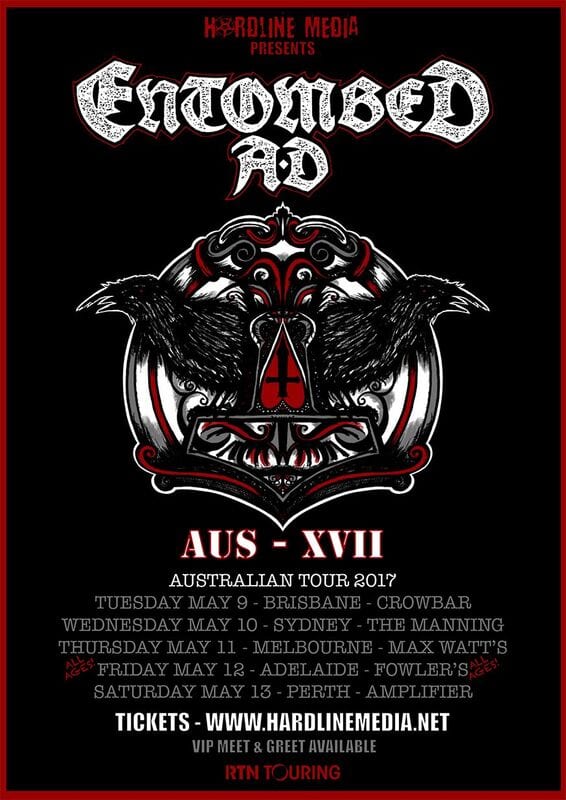