Australia’s ground-breaking metal quintet A BREACH OF SILENCE have announced another round of Australian tour dates in support of their latest album ‘Secrets’. The Skitz AF Tour starts on July 1 in their hometown of Brisbane, at The Brightside, and will conclude on August 12 in Adelaide, at Enigma Bar. See below for more information…

Their latest album ‘Secrets’ was produced by Fredrik Nordstrom (Bring Me the Horizon, Arch Enemy, In Flames) and mixed by Henrik Udd at Studio Fredman in Sweden. It was released worldwide via Eclipse Records on February 24, 2017, debuting at #2 on the iTunes Metal Chart. The band have already released two video clips from the album for the songs ‘Falling Away’ and ‘Broken’, and a third video is currently in the final stages of production. Here’s just a brief sample of what the press & media are saying about ‘Secrets’:

Buy ‘Secrets’ on Compact Disc via Eclipse Records, download the album via iTunes, Amazon, or Google Play, and stream it via Spotify, Apple Music, Deezer, Pandora and more. For more information on A BREACH OF SILENCE, please visit the band on Facebook or Twitter, and follow them on Spotify. 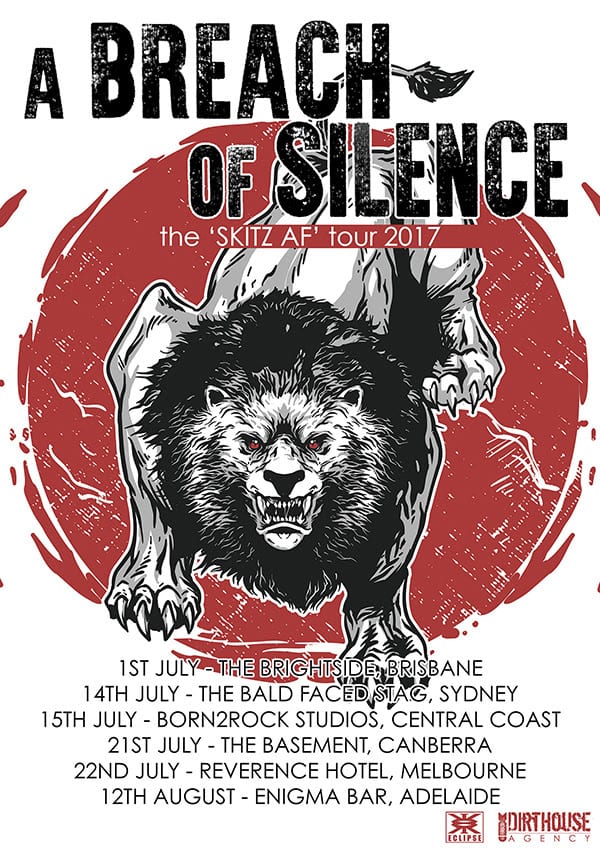 A Breach Of Silence