AT THE SUN Release Their Debut Album ‘Leave Before The Light’ 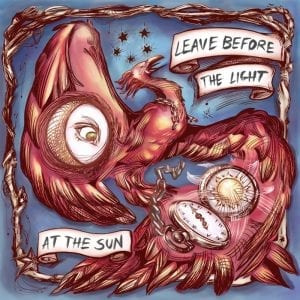 With their debut album, ‘Leave Before The Light’, being released today (March 8th), 2019 looks to be a big year for rising rockers AT THE SUN! The band are also sharing the brand-new video for the single, Only A Fool.

Check out Only A Fool here

Formed in 2016, Harry (Vocals), Kieron (Guitars), Alex (Bass), Chet (Guitar) and Craig (Drums) spent a year honing their skills on the live circuit before heading into the studio to record ‘Leave Before The Light’ late last year. With a driving but melodic sound, AT THE SUN believe in writing songs people can move to, combining big riffs with big rhythms and singalong choruses.

“We want people take a real positive message from this album,” say the band, “It’s all about standing up for yourself, enjoying life and getting away from the stresses and anxieties of modern-day living. Breaking from tradition, we recorded it in separate sessions over the space of a year, so we had the opportunity to really show how the band has grown and absorbed new influences – something we think you can hear with the variety of songs on here. This isn’t a snapshot in time; it’s a living breathing journey that we went on!”

“We’re so excited to finally be able to share this album with the world,” adds guitarist Chet, “It’s been a roller coaster of a ride to get here! Being an unsigned band, we’re so grateful to our fans for supporting us throughout the process – it wouldn’t have been possible without them. It’s an album full of real and personal experiences: something we hope people can relate to. We love recording music, but at our hearts we’re a live band and can’t wait to hit cities up and down the UK on the ‘Leave Before The Light Tour’. See you in April!”

ATS’s latest single, ‘Only A Fool’, whose vibrant, colourful video has just been released to herald ‘Leave Before the Light’ is a prime example of what makes an AT THE SUN song: big riffs melting into soulful vocals to create a rock track with wider appeal.

“As the first song we wrote as a band, ‘Only A Fool’ was a fitting choice as our album opener,” says guitarist Kieron, “We think it sets the scene perfectly for what’s about to come: it’s got melody, it’s got riffs, it’s got heaviness – it’s everything we love as a band!”

Check out the newly-released album, single and video, and remember: with UK festivals lined up for 2019, along with a UK tour supporting the album, there is no excuse not to journey to see these guys in their natural habitat: live!

LEAVE BEFORE THE LIGHT TOUR DATES

PrevPrevious.AT THE SUN Release Their Debut Album ‘Leave Before The Light’
Next.ECHO 2 LOCATE Get HighNext