AT THE SUN Announce Their ‘Leave Before The Light’ UK Tour 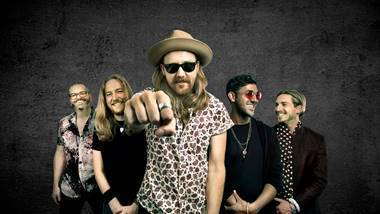 London rockers AT THE SUN are in the ascension and will be taking their impressive debut album ‘Leave Before the Light’ on tour in the UK, kicking off on Friday 5th April 2019, in Wolverhampton.

The 8-date headline tour will run until Sunday 14th April, after which AT THE SUN will be playing at The Patriots  22nd Weekender Festival in Newport, which runs from Friday 2nd May to Sunday 5th. See tour poster for full details of dates and venues.

‘Leave Before the Light’ will be released on Friday 8th March, 2019.  Listen to this album and you’ll find talent, skilled musicianship, and a tonne of rock full of passion and substance.

“We’re so excited to head out on tour with our debut album ‘Leave Before the Light’ ” say AT THE SUN, “It’s the culmination of 2 years of hard work and a dream come true for the band! We really feel proud of what we’ve created together and this is going to be a celebration with all of our fans across the UK and a welcome party for those who haven’t seen or heard us yet! Live rock music is our lifeblood and we’re going to bring one hell of a show in April and blow your socks off!”

Check out ‘Leave Before Light’ at its release on 8th March and the tour details for an chance to see this passionate, talented band perform their latest material in its natural habitat, loud and live

Check out the video to Soak It Up 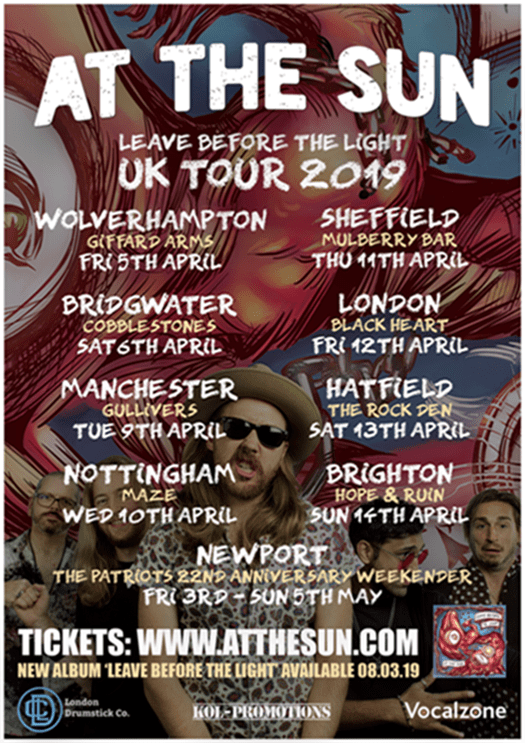