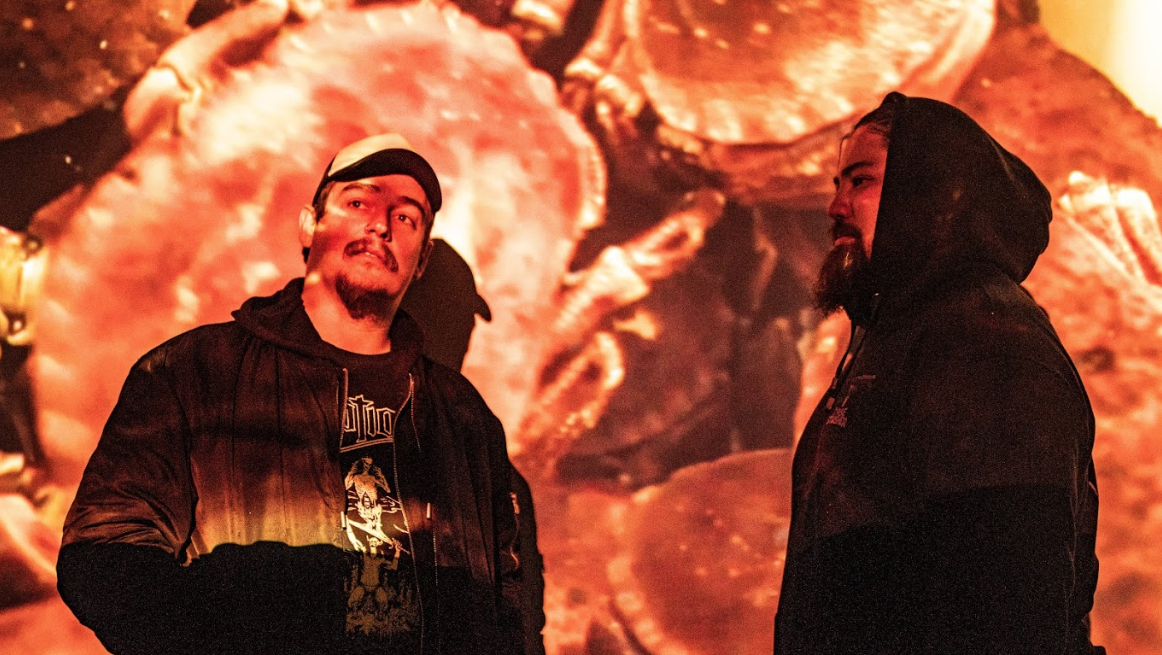 Sydney heavy duo Astrodeath have announced an East Coast tour of Australia starting on February 12 to go along with the release of their latest single “Leviathan Rising”.

The song is lifted from the band’s upcoming album Astrodeath Volume 2, with guitar/vocals Tim Lancken joining HEAVY earlier this week for a chat about the tour and single.

The film clip follows along that fun line, featuring monsters and an assortment of other-worldly characters, with Lancken explaining the whole thing was shot in one of his friend’s bedrooms.

“We filmed it in our buddy Mitch’s spare room on some kind of a green screen,” he affirmed. “We recorded our album and the day after that we shot that video and then within a couple of days we put it out. It was a pretty quick turnaround.”

While working with a green screen conjures images of Hollywood and bells and whistles, Lancken sets things straight when summing up the video.

“Oh man, it was just a green sheet and some lights and we used a mobile phone,” he laughed. “I don’t know if it was easy, the guy doing it is pretty talented. He’s got a little vibe going and has done a few clips that way. It’s fun, quick and easy. When we did it, it was 40 degrees so there was a bit of sweating going on (laughs).”

In the full interview, Tim talks about the new album, their innovative way of delivering it, the musical direction of the album, being a duo in metal, the tour and more.