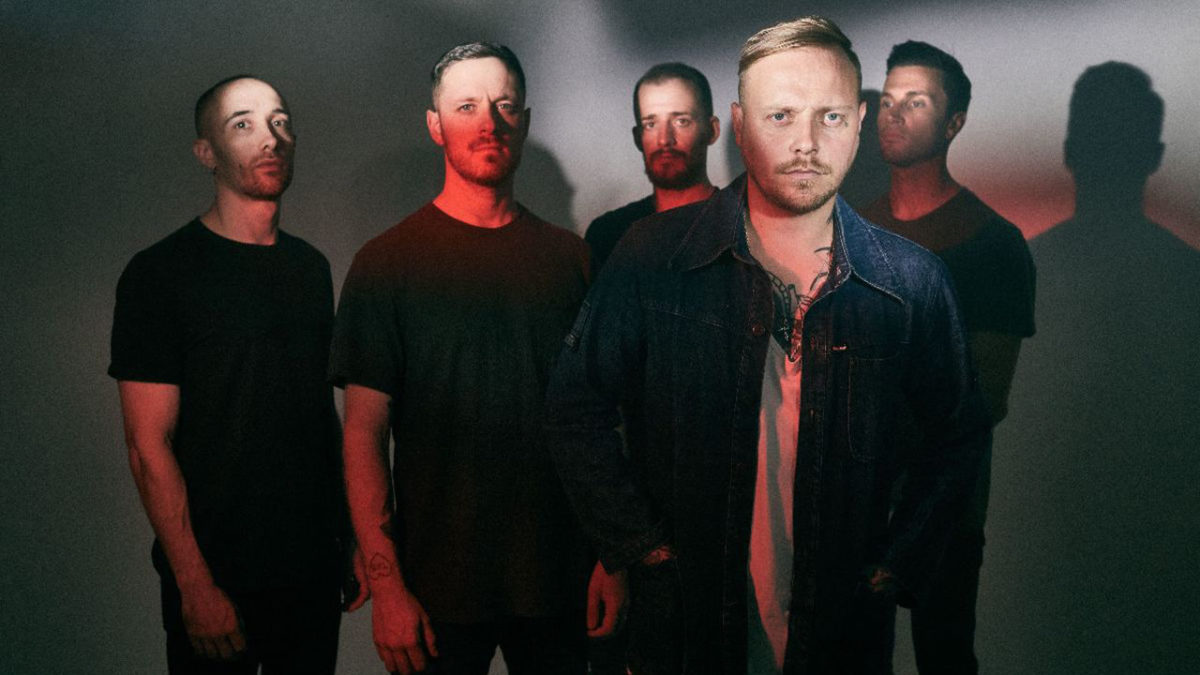 So I have just sat through my first online live stream event and it would seem that some folks are keen to know about my review of the experience.

The event – Architects live at the historic Royal Albert Hall. My thoughts..?

Still out to lunch on an answer. Make no mistake that I am a big fan of Architects, I have signed vinyl and tons of merch, I’ve seen them three times here in Oz (IMHO the best show being at the P.O.W. in Melbourne) so here I was last night in the comfort of my own home watching a full live set on my new 4K TV, through my very apt Sonos 5.1 system; I could not have jumped at the opportunity to witness a very commanding live act the likes of Architects to review for all of the HEAVY Mag hungry consumers quick enough. BUT…for all the large grandiose largesse that was poured into this Royal Albert Hall show, it seemed nothing more than a glorified world tour dress rehearsal. Even though Architects setlist and performance was on point and as commandeering as expected I was left wanting at the conclusion. For those that paid for the show, there was much grace and love forthcoming from vocalist Sam Carter but the whole event lacked that pull that a fan may feel from sweat-filled human interaction of being together at a full on a live show.

But…negativity or unintentional shit canning forthcoming I honestly understand that the intent was to give Architects fans the gift of a live performance due to not being able to tour and they put on a cracking show, yet…it was the show we pretty much all saw last year on their world tour which included three new songs. And there my friends lay the dichotomy of this reviewer’s review. We’d probably buy the blu-ray at the merch desk after the show or wait till it gets uploaded to Youtube. The purpose of the whole live stream purpose is to fund the live music industry participants who have had no means to generate an income during our happy traversing through the shit smear of 2020 and for that, I will happily throw my wallet at bands I want to support at the expense of myself eating properly.

With so much funding and prior planning visually the camera work was on point as you would expect capturing the band at their laser-accurate best giving their best at broadcasting Architects as one whole pulsating spirit as they moved through the motions as if in a one hour and fifteen-minute music video, but sans a crowd to energise the band’s emotional heart beat, (which must of been quite underwhelming considering their venue of choice). The entire event lacked that emotional connection I would crave in the purity associated with actually being THERE with Architects.

Kicking off with the brilliant instant crowd movers “Nihilist” and “Modern Misery” the band walks out into the empty eerily Royal Albert Hall, Sam taking the floor facing his bandmates and swallowing the occasion as if their careers were dependent on this one poignant evening. Song number three was a brand new track “Discourse Is Dead” a pulsating banger that sees all members ruminating together on the multi-tiered stage setup. The track is moody, ebbing and flowing back and forth containing all the classic Architects song structures of spewing anger and hopeful optimism. “Discourse is Dead” is a cracker and perfectly bleeds into “Broken Cross” with its brutal beginnings. On through “Death Is Not Defeat” and “Royal Beggars” which sees the whole sound mix of the event reach perfection and clarity allowing Architects to reach true stadium metal magnificence for another crowd shaker “Gone With The Wind” second only to “Animals”, the second of the three new song premieres the band performed tonight IMHO.

An hour into the show the band relieve themselves of the stage for a brief moment relocating to the floor, taking a seat for a stunning and haunting acoustic rendition of “A Wasted Hymn”. And here leads us to the final climax of Architects live at the Royal Albert Hall with “A Match Made In Heaven”, “Hereafter” and the sad but immensely heavy always evening closer; “Doomsday” written by the now sadly departed founding member of the band Tom Searle.

Overall, despite my initial nagging complaints, this Architects RAH live stream was a satisfying event that sated us hungry hordes eager to be together once again in a dark room, sharing beers, leaving all of our problems and issues at the door and embracing the solidarity of our metal-loving union.