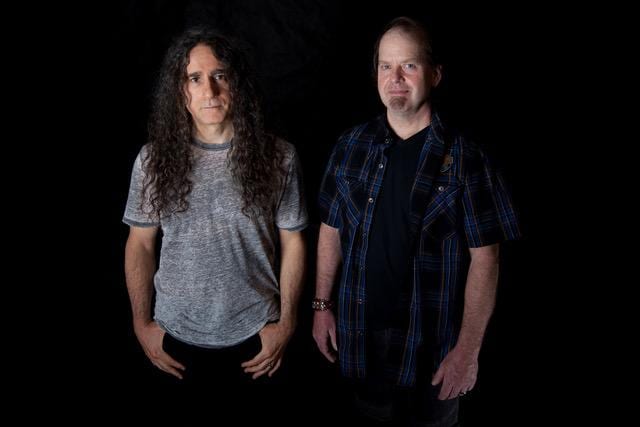 Arch/Matheos began as a reunion between founding Fates Warning members John Arch (vocals) and Jim Matheos (guitar), who hadn’t collaborated since John Arch’s solo EP, A Twist Of Fate (2003) – and hadn’t fully collaborated for a whole album since Fates Warning‘s Awaken the Guardian (1986). In 2010, the duo began working on a record together and brought along three Fates Warning members to the fold. The five members would in turn release their debut album Sympathetic Resonance in 2011, under the name Arch/Matheos.

Since then, John Arch and Jim Matheos have kept busy with their other projects – but now the time has come for them to join forces once again, for a new Arch/Matheos release, due out 2019 via Metal Blade Records.

John Arch comments: “The desire and commitment from both of us is first and foremost, but the impetus to move forward with another A/M project fell in good part on how well ‘Sympathetic Resonance’ was received, and how the fans have continued to show their support through a variety of mediums, stating they would like a follow-up effort. The timing for Jim and I seems to be right and things are coming along nicely. We look forward to sharing the results with you soon!”

Jim Matheos adds: “It’s great to be working with my old friend John Arch again. We push each other creatively in ways that brings out the best in both of us, I think. We’ve come up with what I hope is a worthy successor to ‘Sympathetic Resonance’, and a great lineup of musicians to help us bring it to fruition.”