Anne Hathaway has always been one of those actresses that can handle the deep acting required for a serious drama but can also be guaranteed to get a laugh when cast in a comedy. She has a vast acting range and that has seen her act in movies as varied as Les Miserables, Rachel Getting Married and The Dark Knight Rises.

This time around Hathaway stars alongside Australian actress Rebel Wilson in brand new comedy The Hustle where she plays Josephine a high-class con woman.

“I first heard about the project from Jac Schaeffer,” she says when asked how she became involved with the film. “She, Chris Addison and I were working on something else and she mentioned that she was working on this script with Rebel and it was one of those moments where a light-bulb pinged and I was like ‘oh, who are you getting for the other lead?’ and she said she hadn’t cast it yet. I didn’t really say that I was interested or any of those things but I just kept my antenna up and the rest of the process went ahead for Rebel and then I got the offer and I was thrilled.”

As the discussion turns to the film that the film re-creates Hathaway says, “I was familiar with the film Dirty Rotten Scoundrels, and I knew the story before I read the script. What I was really delighted to find though was by changing the genders of the two main parts it opened up the parts and made it feel so it didn’t feel like a remake and instead was its own thing… it felt really fresh. The first thing I noticed when I read it was just how funny it was and honestly just how excited I was to see Rebel do it because it was written for her and it was going to play to her strengths. Then I thought Josephine wasn’t such a bad part either so I was really excited to say yes.”

“She saw this project and just claimed it,” says Hathaway returning back to talk about her co-star Rebel Wilson. “She is the reason that we are all here. She is an unbelievably funny performer and it is an amazing thing to watch her pull comedy out of thin air, she can come up with so many different variations on each line on the spot… she is very quick witted and it has been a real treat to get to see that.”

The stories of Hathaway and Wilson laughing and singing throughout the shoot on this film again makes Hathaway laugh as she recounts some of them. “I giggled so much on this movie,” she says. “When you laugh in the middle of a take it is called corpsing and I think I did it at least once a day, and it is a really fun experience when you kind of make a film and you just spend your day giggling through it so I hope the audiences have as much fun seeing it as we had making it.”

The Hustle is in cinemas now. 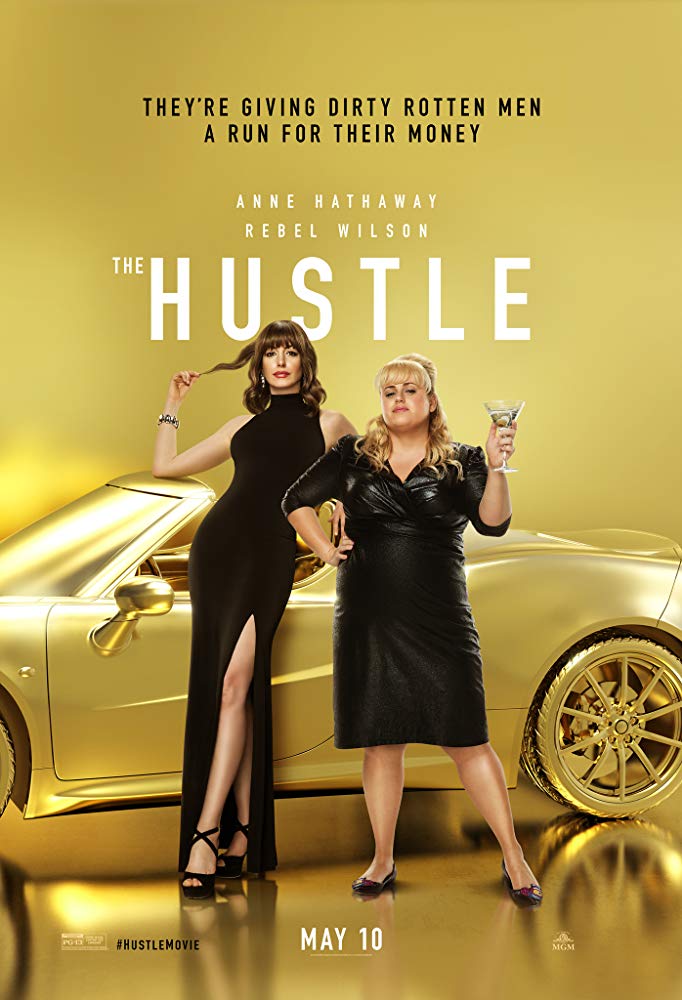