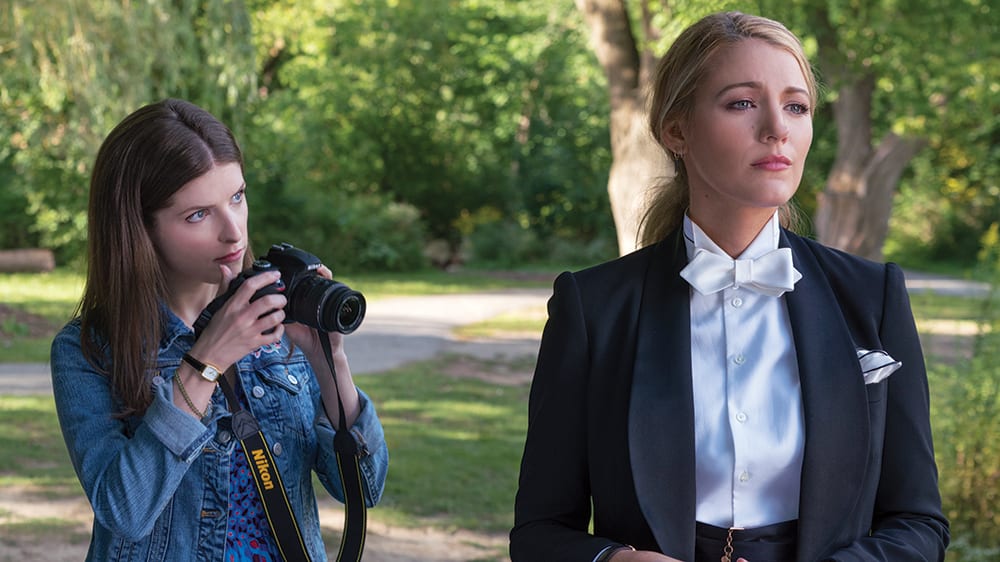 There is no easy way to describe A Simple Favour. Based on the novel by Darcey Bell and with Paul Feig (The Heat, Bridesmaids) at the film, the film feels like a Gone Girl style thriller but has the usual Feig comedy throughout it. What is a certain though is that A Simple Favour is going to be a box-officer juggernaut. With Feig’s name attached there is already interest but when you factor in that the leading ladies are two of Hollywood’s most popular actresses – Anna Kendrick (Up In The Air, Pitch Perfect) and Blake Lively (The Town, The Shallows). Seeing the two ‘it’ girls play opposite each other is proving irresistible for the audiences around the world and it was the power of the script that seemed to draw the two women to it.

“I didn’t realise that Paul Feig was attached to this script,” explains Kendrick. “And I am actually really grateful for that because it meant that the first time I read it I wasn’t thinking about it through the lens of being a comedy… because you think Paul Feig you think comedy… and I was just looking at it as this thriller and then as I was reading it I was like ‘I think this is kind of fun, twisted and funny’ and then I started to read the actual cover letter that came with it and I was like ‘oh so Paul obviously knows that this is a twisted funny version of something that is really dark, exciting and thrillerly. Also when it came to Blake when I was reading the script I didn’t know who they had in mind for this character and I was worried that it might be a really unlikable character and then when Paul said he wanted Blake Lively to play the part I was like ‘yes got it, I can see it and I’m already excited because she has got a real warmth to her naturally so that she can play this really dark, sarcastic character in a way that you are still drawn to her and you can see why Stephanie becomes friends with her.”

Of course that leads to the question what was it like working with Paul Feig? “Working with Paul Feig was… you know I had never worked with him on anything else… but I knew that when it comes to comedy he is very much about just letting the camera roll, letting it go for twenty minutes, doing improve and never throwing a line in the same way twice and this was controlled, but he obviously excels in both

When most people have seen the poster for the film they asked where the name comes from and Kendrick is quick to explain. “The simple favour is that my best friend asks me to pick up her son from school and then she never comes to get him. And you know that she is a kind of mysterious person, but at first it seems like she is just getting away for awhile and being impulsive and then it becomes a question of whether that is what is going on or is there something darker going on. And it is just twist, on twist, on twist. I think what is great about this though is it is a really fun movie. There are definitely moments that will make you laugh but I wouldn’t describe it as a funny movie because it is so dark – and there are movies like that, movies like Kiss Kiss Bang Bang, thrillers where you feel like there is a smile on your face the entire time. You know it is one of those sub-genres… it is very tricky, but I think it is one of the most entertaining.”

For Lively part of the reason she chose to do the film was because of the chance to work with Kendrick. “Anna is just a master at what she does for a living,” she says the admiration obvious in her voice. “And it is just really, really cool to work alongside her because our film is a thriller but Paul was making it more comedic so not knowing where and what waters we should be treading, because some scenes were really emotional, and so scenes were really funny and some scenes were very dangerous, so having a partner like that to anchor onto was just so helpful because I wouldn’t have know what to do without her.”

The other big surprise audience members will get from this film is the wardrobe of Lively’s character, Emily, as she has a very unique style. “When I first went to Renee with this idea I was nervous,” she says. ‘But I said to her ‘I want her to wear menswear’. And originally the conversation was all about her wearing menswear as a woman with no shirt underneath like women do it. And we tried that but I was like ‘I really think she needs to be wearing menswear’ and I know that everybody at the studio want the women to be sexy and people were saying ‘it is not going to be sexy if she is buttoned up to her neck and wearing bow ties’ but I was like ‘just try it and trust us because it is going to be super sexy and hot.’ And we went with not fitted men’s suits, just straight men’s suits and I think it looked sexy and fun, and then it evolves into things she does with it because she is so bold and daring, adn then there are the surprises, like in one scene I had the idea of ‘what would happen if she looked like she was wearing a three piece suit but then like Chippendales it starts coming off in pieces, she looks like one thing but it is actually this weird facade that is unexpected and weird and strange, but she just treats it like it is normal.”

“I think you can just look forward to having a really good time,” she says when asked what audiences can expect from A Simple Favour. It is fun, and it is funny and it is visually really beautiful, but it is also smart and interesting, but it is not smart in a taxing way where you are like ‘I just want to watch a movie and be entertained and be free from concern’, it is smart in a way where you just get to play along and that is the kind of film I enjoy watching as an audience member. I mean it is always fun when you don’t the heck what is going to happen, it is fun when characters completely surprise you, when you think they are one thing and they turn out to be something else. Even the music is fun in this movie and it is visually very fun, I think the entire journey is fun upon itself and there are plot twists and turns that make it worth going to the movies.”

A Simple Favour is out now on DVD. 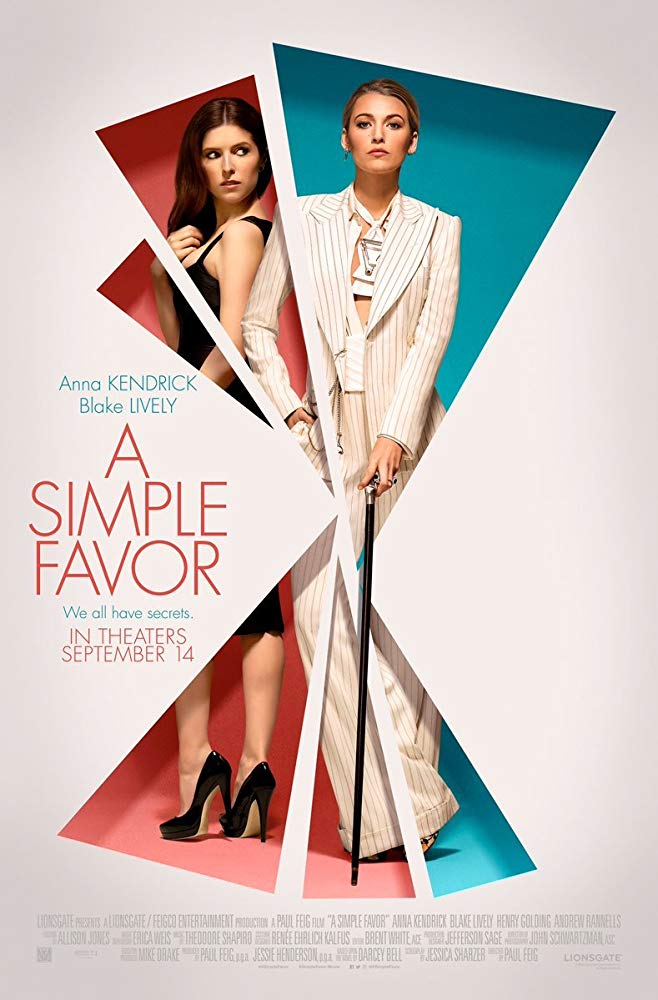