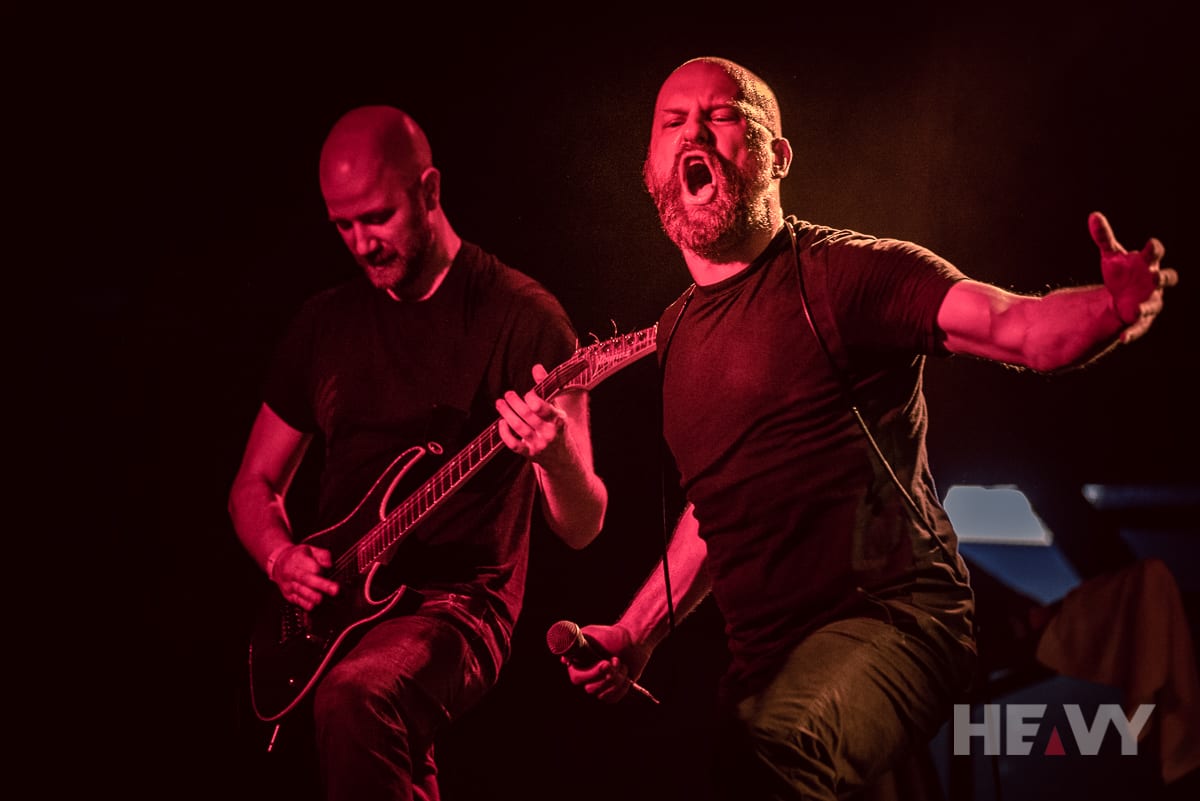 Last night at Max Watts in Melbourne was probably one of the most diverse yet cohesive and bonding evening of metal I have witnessed for a long time.

In support of their first ever brief tour of Australia, ANAAL NATHRAKH had an avant garde array of supports that complimented their headline evening.

First up was the one woman project (supported by three truly complimentary musicians) SULDUSK. The haunting and folk inspired post black metal imaginings and fronted by founder Emily Highfield, the small but attentive crowd were indeed treated to her chillingly haunting, yet beautiful dark depressive voice and accompanied by a second acoustic guitar, cello and bongo to soulfully break our shattered wills and rebuild the passion and feelings inside. Primarily courtesy of Emily’s voice. Performing songs from her soon to be released Lunar Falls album she was simply through her enchanting sweet clean vocals and harshly abrasive (at times) black metal shrieks captivate her small attentive audience with nothing more than an acoustic ensemble complimenting the stark and harsh icy beauty she wishes to artistically gift her audience. Suldusk last night were the perfect, almost chamber orchestra like, opening act for the sheer chaos that would unfold after their set.

Melbourne’s HADAL MAW were next and fuck did they crush it! This is easily one of the best performances I’ve seen from them in a while. They’re pummeling tech death/djent sound and style has had a of renovation and watching Hadal Maw perform a broad range of tracks from across their three releases including last years Charlatan EP last night I could almost easily put their discordant nature and attack up against a Meshuggah-esque stage presence and matured song writing style. Front man Sam so perfectly encapsulates visually and sonically the chaotic nature of his band mates, the pounding brutal clarity of none other than drummer Rob Brens, perfect guitar technical death metal virtuosity and trade off brilliance between Nick and Ben and that total guttural bottom end bowel moving sound of Tim, collectively Hadal Maw ate up and spat out Max Watts last night and it was a pleasure to be in their presence and hear them seemingly hold the audience in their hands.

And to the national ANAAL NATHRAKH touring supports in HYBRID NIGHTMARES. Rounding out an eclectic Melbourne trifecta this evening were Hybrid Nightmares. Tonight’s performance from these blokes proves why they are fast becoming an internationally recognised live band thanks to their instantly recognisable sound which cohesively amalgamates all their parallel and diverse heavy influences. The corpse paint and on stage antics are clearly secondary, first and most importantly is the focus of the Hybrid Nightmares sound and live performance. Brilliantly putting on a performance that perfectly compliments their influences into one instantly and hard to fault band Hybrid Nightmares it would seem the near perfect choice to support none other than Anaal Nathrakh!

And what of them? Well this was THE tour for those of us into brutal industrial death/grind that we had been waiting for. Firstly, for a band that are the soundtrack to total worldwide armageddon, they perfectly don’t take themselves too seriously and treat their loyal adoring fans with respect and admiration as much as they demand we pummel our bodies into oblivion as a gracious thanks for their apocalyptic insanity. For the mental sonic extremes emanating forth from the PA at Max Watts last night courtesy of Anaal Nathrakh, early on the crowd were quite subdued in their desire to be sonically molested by those present on stage. A bit of coaxing was necessary by the band, but once they crowd started to form a hypnotic mess of flailing self destructive bodies, David (vocals), Mick (guitar), Ben (guitar), Drunk (bass) and Anil (drums) seemed to shift gears (if that were possible). Let it be said that it is the apocalyptic, unapologetic unforgiving and unrelenting nature of Anaal Nathrakh’s discordant hypnotic approach to musical sonic malevolence that give their starving fans a sense of cathartic relief as a means to vent and release. Seeing them perform live finally, leaving the show and driving home I had this rare overwhelming post gig calming feeling which is definitely a dichotomy considering Anaal Nathrakh’s seeming venomous spite fueled machine gun musical assault to all of the senses. I would imagine those of us present exited Max Watts with a feeling of gratitude and awe at being torn apart graciously by one of the most important and brilliant extreme bands the world needs and has in Anaal Nathrakh.