To put it bluntly, the last twelve months haven’t been easy for Melbourne’s Alpha Wolf, with the departure of two members causing a ripple of uncertainty within the band and their quest for world domination. But with ferocity and pure self-belief the quintet has regrouped, transformed and reignited the flame that is Alpha Wolf!

Incoming like a freight train with an atom bomb strapped to the pedals this six track E.P. entitled Fault is the latest offering from Alpha Wolf and the first to include new members Lochie Keogh (Vocals) and Mitch Fogarty (Drums).

Opener “No Name” doesn’t take long to scoop ones eardrums out and stomp on them repeatedly with the track building into a pace worthy of a forward flip in a mosh pit regardless of the pain it could inflict! With a deliberate effort to make the guitars simultaneously provide crisp drone after drone, Sabian Lynch (Guitar), Scottie Simpson (Guitar) and John Arnold (Bass) each play their part in delivering each blow harder than the next throughout the E.P.

“Spirit Breaker” has the bpm cranked a little higher with a crafty djent core. What is prominent in this release is the clarity of the vocals with no expression being lost within the sheer madness of the music, this being a real credit to the writing and overall production of Fault. With a chorus that opens the track up giving it depth and feel and two breakdowns with lyrics (which I will keep a surprise) that will have fans learning in moments of hearing this track “Spirit Breaker” is a real hand full to deal with.

“Who died and made you king” spewed out by Keogh starts off “Russian Roulette” in chaotic fashion, with a similar pace to “Spirit Breaker” this track keeps the energy up high! The repeated lyrics ‘you know you’re rotting your teeth when you keep running your mouth’, ‘Russian Roulette’ delves deep into a very painful experience with a certain vocal tone sticking right out! The rawness and downright realness heard here make it fair to say the conviction was captured well on this track vocally.

After the experimental interlude (title) track “Fault” we’re presented with the unrelenting track that is “Sub-Zero”, it has a chug /stomp in it that will make you put your foot through the floor! There is a guitar bend in this track that seems to go on for days and the crazy thing is it’s sad when it’s over because it sounds so damn cool! The layered leads during the breakdowns are something to keep an ear out for….. that’s if your eardrums have anything left in them that is!

Final track “The Lonely Bones” explores a near math metal verse with a calculated rhythm creating an unhinged feel. Soon after the track clears out with what I consider the biggest chorus on the E.P, it fits well next to the craziness given earlier in the track. “The Lonely Bones” closes Fault really well and while I’m at it, every track is placed really well on this E.P. proving that the quintet spent good amounts of time thinking about the overall flow of this release, this being a classy move indeed!

Alpha Wolf are here to stay and Fault hammers that home big time! 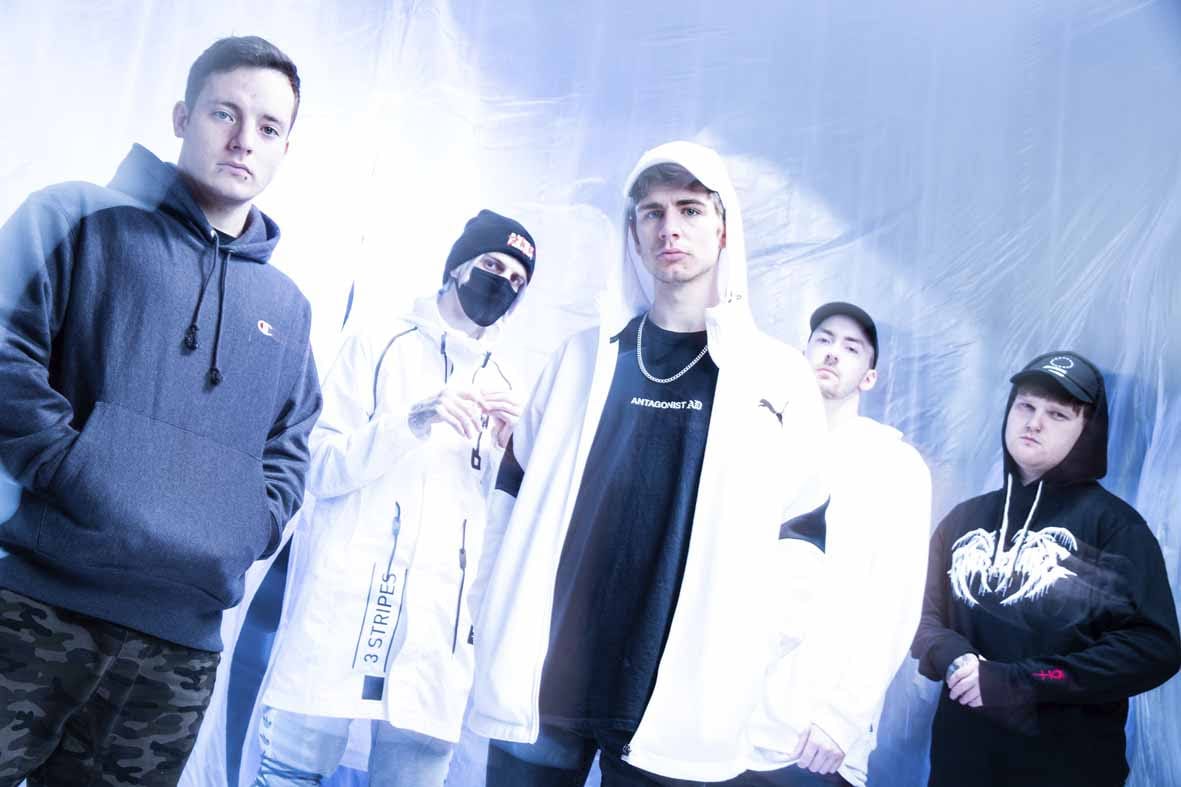