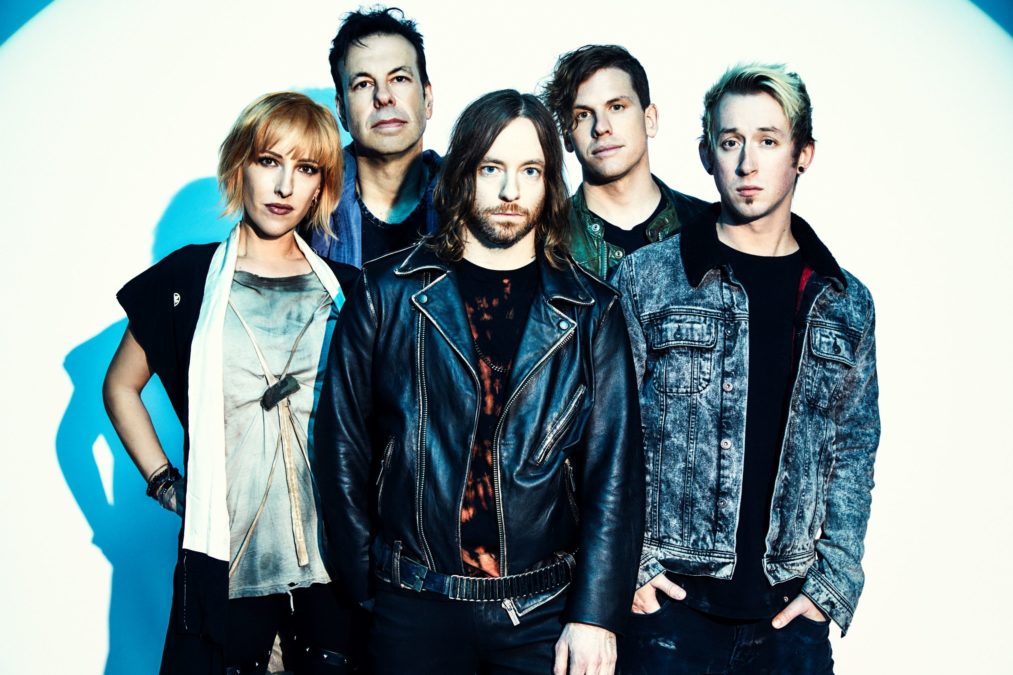 All Good Things recently released the awesome album A Hope In Hell after blowing the music world a new eardum with hit singles For The Glory (featuring Hollywood Undead) and The Comeback (featuring Craig Mabbitt from Escape The Fate).

The grandiose yet still heavy laden tunes are as cinematic in scope as they are filled with hooks and have struck a chord in a time where hope is on the decline.

After establishing themselves with featured music on video games, movies, and commercials, All Good Things attracted the attention of industry insiders and a growing legion of fans and decided to pool their combined writing talents into an album of their own material.

The result is A Hope In Hell, which has already seen the band invited to support heavyweights P.O.D on a massive tour to celebrate the 20th anniversary of Satellite.

Vocalist Dan Murphy joined HEAVY to chat about the album and compiling a collection of songs for release rather than a submission for publication.

“We never actually wrote songs for a specific show or commercial or TV thing,” he said. “It was always writing collections of music and submitting those, and people would sift through and pick from our music, so it wasn’t ever custom music. Really, the process hasn’t changed. We’ve always self-produced and self-recorded in our studio in LA, and that didn’t change with this new record. We hung around the studio every day there for a couple of years working on this record and self-produced and self-recorded – which is nice. You can call it quits when you want to and always go back and add bells and whistles and throw the kitchen sink at songs and keep adding harmonies and change a chorus if you really want to. We can take our time with the record, and I think that’s why we’re so happy with it.”

In the full interview, Dan talks more about A Hope In Hell, the cinematic nature of their music and how much time and thought goes into it, featuring on the soundtrack and in the movie, The Retaliators, their sound and how it evolved, the current tour with P.O.D, looking after yourself on the road and more