AlithiA – Australia’s psych-prog rock prodigies want the world to see their epic 10 minute opus “The Sun”. They are today releasing new single “The Sun” just before their new album “The Moon Has Fallen” this Friday, worldwide through Wild Thing Records.

Singer John Rousvanis said of the final single to be released ahead of the album drop, “The Sun is the first song that announces our second album. A dreamy thunderous landscape that asks the mind to question what is the difference when in both realities and dualities of being asleep in dream state, and conscious in waking life, laced with esoteric, occult meaning and symbolism throughout the lyrics, it’s a personal song for the individual to interpret however they must and feel within it for themselves.”

The album has people talking already, with Overdrive Mag saying that “‘The Moon Has Fallen’ shows Alithia reaching for heights so far above their contemporaries that it’s hard not to be swept away…” and Heavy Mag giving it a perfect 5 stars and saying that AlithiA have delivered “…a style of progressive tunes that has helped cement the six piece into the halls of genre creationism.” Renowned for their spellbindingly powerful live shows and hypnotizing tribal flavours, this 6-piece progressive rock livewire are set to traverse the globe with ‘The Moon has Fallen’. In sync with their monumental release, AlithiA will tour Europe with Norwegian avant-garde rock specialists Shining as direct support in November 2018.The Moon has Fallen is AlithiA’s first record written entirely collectively with the inspired addition of percussionist Jeffrey Raul Ortiz Castro interlacing the album’s sound with Latin rhythms, celestial synthesizers, and distinctive secondary vocals. The band’s original foundations, however, remain intact with John Rousvanis’ inspiring lead vocals and mesmerizing guitar styling apparent throughout, none more so than the epic album opener The Sun. From the pulsating engine room of bassist Tibor Gede and drummer Mark ‘Vel’ Vella, shining on highlight track Empress, to the stirring keyboard soundscapes of Danny Costantino, which command the single Diamonds, AlithiA have emerged with a simply exceptional album.AlithiA’s “The Moon has Fallen” is available for pre-order now at http://smarturl.it/alithia. The record will see its release into the world this Friday – October 26th. 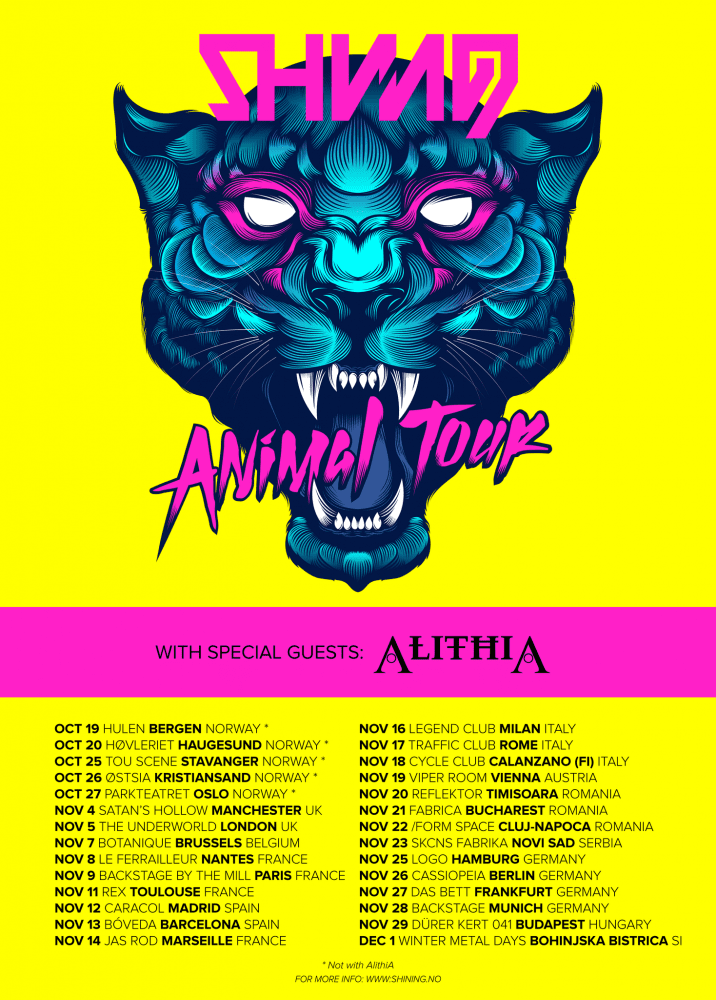