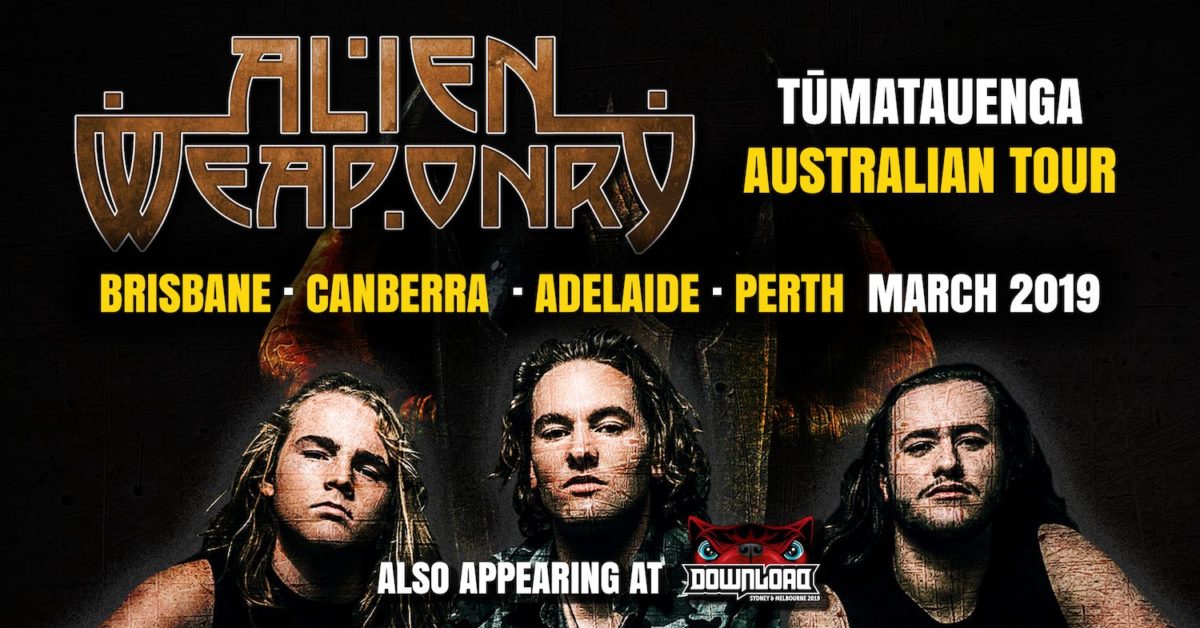 To no surprise at all a balmy Brisbane night equaled an even more balmy night inside the almighty Zoo Fortitude Valley, Brisbane. From early on we punters started to multiply and the anticipation and general excitement for what was to be witnessed could be felt!

To kick things off, Sydney’s Take My Soul entered from stage left to offer their brand of melodic metalcore. A solid set by the quintet overall delivering plenty of conversation and heart! Did their sound break new ground for a new genre? No, were the breakdown a plenty and were they good at what they do? Yes on both fronts! No matter where you sit on the metal pendulum there is no denying the Take My Soul deliver tight live performance.

Having heard and listened to Copia for a little while now I was eager to finally catch the Melbourne lads live! From the first strokes of their stringed axes (excuse the metaphor) it was evident that this was going to be a quality set. I already knew that front man Andrew Bishop could sing but with the addition of a backing track with layered vocals each chorus and melodic section was lifted as Bishop and backing vocals by bassist Bobby Oblak aligned them with precision! With a tuning that sat lower than a low rider on Surfers Paradise beach and rhythmic time signatures throughout Copia punished the crowd of keen metal heads from beginning to end. Though the “wall of death” was more like a “wall of puppies” the crowd did manage to hurdle themselves off of each other in time with the bludgeoning wave of metal delights. Copia certainly placed the crowd in an appropriate position for the headlining act!

Righto, Alien Weaponry time, if you love heavy metal and haven’t heard what this trio from Waipu, New Zealand have accomplished in the last year than you best check your provider/ providers of information. These young men have circled the globe with their somewhat unique brand of metal with traditional Maori language and tribal themed tunes having played at some of the most prestigious metal festivals on the planet! Having seen Alien Weaponry play only 6 months ago (in Brisbane) I had an idea of what was to take place but one thing I wasn’t prepared for was the wall of sound that was to come!

I had to double take as the lads leapt into openers “Kai Tangata” and “Holding My Breath”, the shear crispness of the guitars and drums stamped out any comparing to the previous time I’d seen these guys play live. A massive world tour and the experiences of living the ultimate highs of being in a metal band has seasoned Alien Weaponry in the best ways possible!

Front man and guitarist Lewis de Jong and bassist/ backing vocalist Ethan Trembath know how to work a crowd, de Jong offering a more angst approach that downright suits the themes and traditions of each track whilst Trembath offers an “I’m having the time of my life” attitude and overall stage presence. To triangulate the group drummer/ backing vocalist Henry de Jong helps solidify that the strongest aspect of Alien Weaponry is the gang vocals, though the music offers a blistering attack on the senses the gang vocals shake your soul and the use of traditional Maori language gives off a true primitive emotion when the trio screams it with mountains of conviction, this being a true sight to behold.

A slight downside was, early to midway through the set a nagging issue of a guitar not staying in tune became quite clear, de Jong did his best to address the issue and let everyone know that his guitar tuner “had died on stage”. Technical issues are always going to occur but in this case it was a pity because for me it took away the impact in a couple of rhythmic moments in the bands songs. The saving grace was that de Jong handled it and kept on top of it throughout the set this being proof of the professionalism being projected.

Whipping through most tracks from their debut album Tu with minimal stops each delivered with as much intensity and anger as possible we adoring fans followed suit when it was time to sing Trembath “Happy Birthday”, the now 17 year old was clearly chuffed with the well wishes sung aloud to him! Another cool and intimate moment was when the trio ripped into a new track, it was stated after it by de Jong that we were the “first people to ever hear it”, this being a cool moment for us Brisbane folk.

The appreciation for their fans was acknowledged throughout and it really added the fuel to the fire, this was most evident during “Rage – It Takes over Again” as it was delivered with a ferocious amount of energy, as the lyrics state, certain government decisions regarding traditional land owners in New Zealand really pisses them off and it showed!!

With the encore in full swing closing track “Ru Ana Te Whenua” had the crowd break into a frenzy one last time, this being the perfect closer to an absolute energetic and crushing set!

I’m really looking forward to witnessing the evolution of Alien Weaponry, yet another solid live set makes one wonder what these guys will deliver next. Will it bigger? Will it better? I guess we will have to wait and see but right now these fellas know what’s up in the metal world!