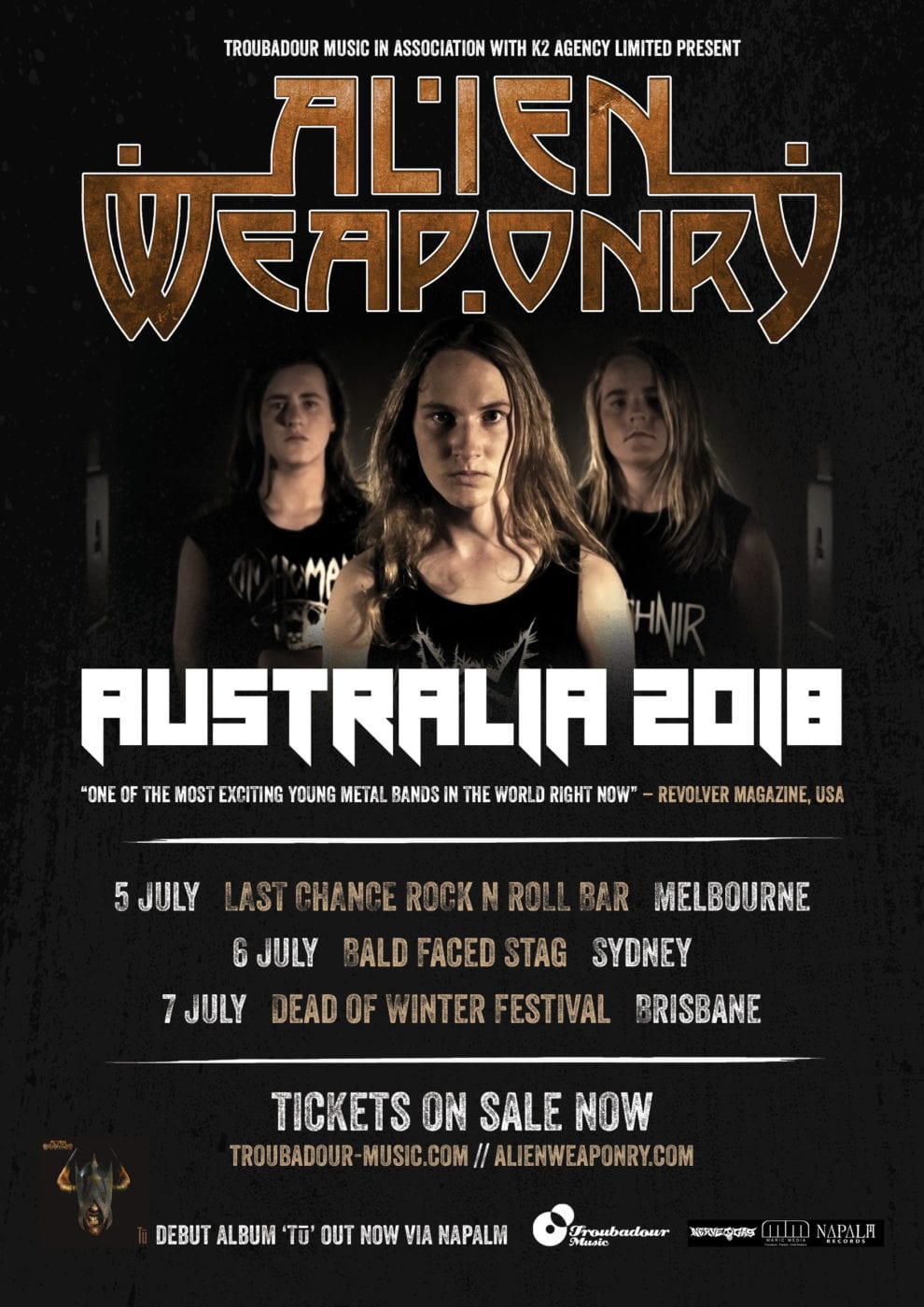 This July, prior to playing some of the world’s biggest metal festivals such as Wacken, Open Air, Metaldays and Summerbreaze, NZ’s ALIEN WEAPONRY are heading to Australia for the very first time.

Kicking of the tour with headline shows in Melbourne & Sydney, the band will also head north to Brisbane as part of the annual Dead of Winter Festival line-up. Alien Weaponry “are one of the most exciting young metal bands in the world right now” according to Revolver Magazine in the USA. And they’re not the only ones who think so. Since they released their third single ‘Rū Ana te Whenua’ in mid-2017, fans, bloggers, the music industry and the media worldwide have raved about Alien Weaponry’s unique blend of thrash metal and their native language, Te Reo Māori.

In September 2017, they signed with German management company Das Maschine; and in February 2018 they announced a three-album deal with Austrian-based Napalm Records, which will see their music promoted and sold internationally.

In their home country, New Zealand, the three teenagers from the tiny town of Waipu in Northland recently won the prestigious APRA Maioha award for their song ‘Raupatu’ – a no punches pulled commentary on the 1863 act of parliament that allowed the colonial government to confiscate vast areas of land from the indigenous Māori people. A couple of months later, they took their places among NZ’s musical elite as nominees at the Vodafone New Zealand Music Awards.

Debut album, Tū was released on 1 June 2018; and Australian fans will be some of the first in the world to hear it live.