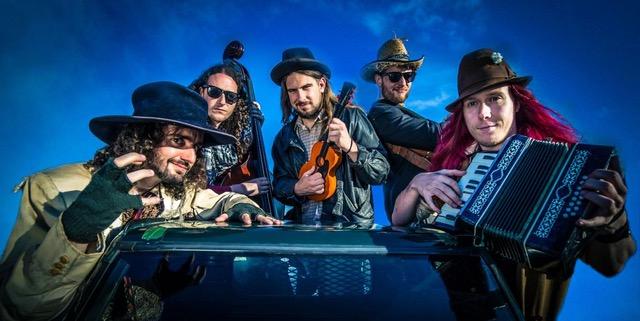 Oh wow! Back in 2008, ALESTORM were mere newcomers and beginners – and yet they created a modern metal classic and a completely new subgenre. Captain Morgan`s Revenge marks the birth of Pirate Metal as we know it today and turned a couple of young Scotsmen into the hottest band the modern metal scene has to offer! Ten years later and sold-out shows all over the world, their boozy debut gets its well-deserved anniversary treatment and will be re-released on January 26th 2018 with Napalm Records!
Captain Morgan`s Revenge – 10th Anniversary Edition has received a fresh remix and remastering by original producer Lasse Lammert at his LSD studios and will be coming with a rejuvenated artwork. Alongside the ‘Live At Summer Breeze’ bonus disc, this re-release will be a true gem for all collectors, new fans and nostalgics alike!
Let’s travel back in time, as the band now released a lyric video for the album title track ‘Captain Morgan’s Revenge’.

Says the band:“Oh wow! What a great song! The title track of our first album Captain Morgan’s Revenge is still a live staple in our set these days, and I’m sure you all know the words to it already, but we made this fun wee video just in case any of you have recently contracted amnesia. As you can hear, our producer Lasse Lammert did a great job improving the mix from the original version we made 10 years ago. Nothing too crazy, just a bit of spit and polish. Enjoy!”
Captain Morgan`s Revenge – 10th Anniversary Edition, coming as CD digi pack, LP gatefold and digital download
Pre order here
https://shop.napalmrecords.com/alestorm/