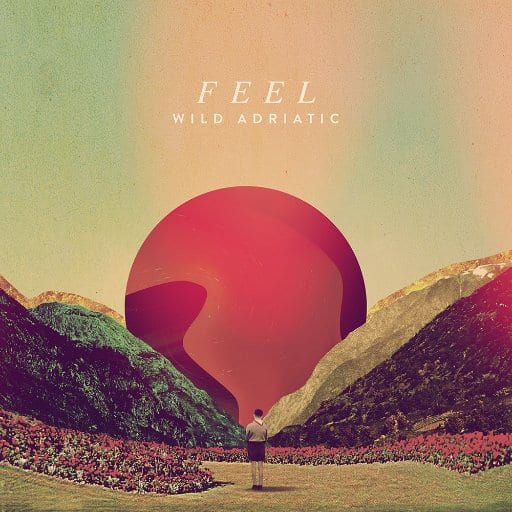 The White Stripes, The Black Keys, Royal Blood – all exemplary cases of the old adage ‘two’s company, three’s a crowd’ and bands that have fully commanded the globe’s attention. However, emerging trio Wild Adriatic are due to prick up ears with their latest studio creation Feel. An album that epitomises what it must feel like to be the mermaid (or merman) on the bow of a ship traversing through bipolar waters, Feel is an enchanting potion of lamenting soul numbers, funk-inspired tracks that wouldn’t be out of place in George Martin’s Live And Let Die soundtrack and plucky guitar-led sass.

Feel opens with in-your-face, full throttle track Appleton. Here, Wild Adriatic step out of their trio formula with the addition of elephantine horns and keyboard sounds that could form a brotherhood with Deep Purple’s Burn keys. Appleton employs scratchy wah guitar, tumbling vocal cascades and a rumbling bass line that leaves one feeling breathless with exhilaration. Lustworthy Same As It Ever Was and Hurricane Woman encompass pervading guitar riffs that come speeding out of speakers with the kind of vigour to generate jet plane trails.

Come Back Baby falls disappointingly flat in comparison to the other tracks, exercising a reductionism that is not far off what might be found in a catalogue of karaoke soundtracks. This serves to emphasise Gray’s vocals, which occasionally err on the side of whiny, although remain highly technically skilled. As one of their single releases, Come Back Baby misrepresents Wild Adriatic. Nonetheless, it remains a pleasant track that could easily permeate the sweet summer air of New York City’s rooftop bars.

The wonder of Wild Adriatic is that, whilst their influences are clear, it is unfeasible to pigeonhole them into one genre. Each twist and turn of Feel is unpredictable – although the sheer passion that grounds their music lingers as an inevitability. A band that are aesthetically indistinguishable from any other Tom, Dick and Harry, save for bassist Rich Derbyshire’s impressively unruly afro, Wild Adriatic are serving themselves well in defining themselves purely via music entrenched firmly in the frenzied progression of electric rock.

Listen to the oh-so-energetic Appleton here: