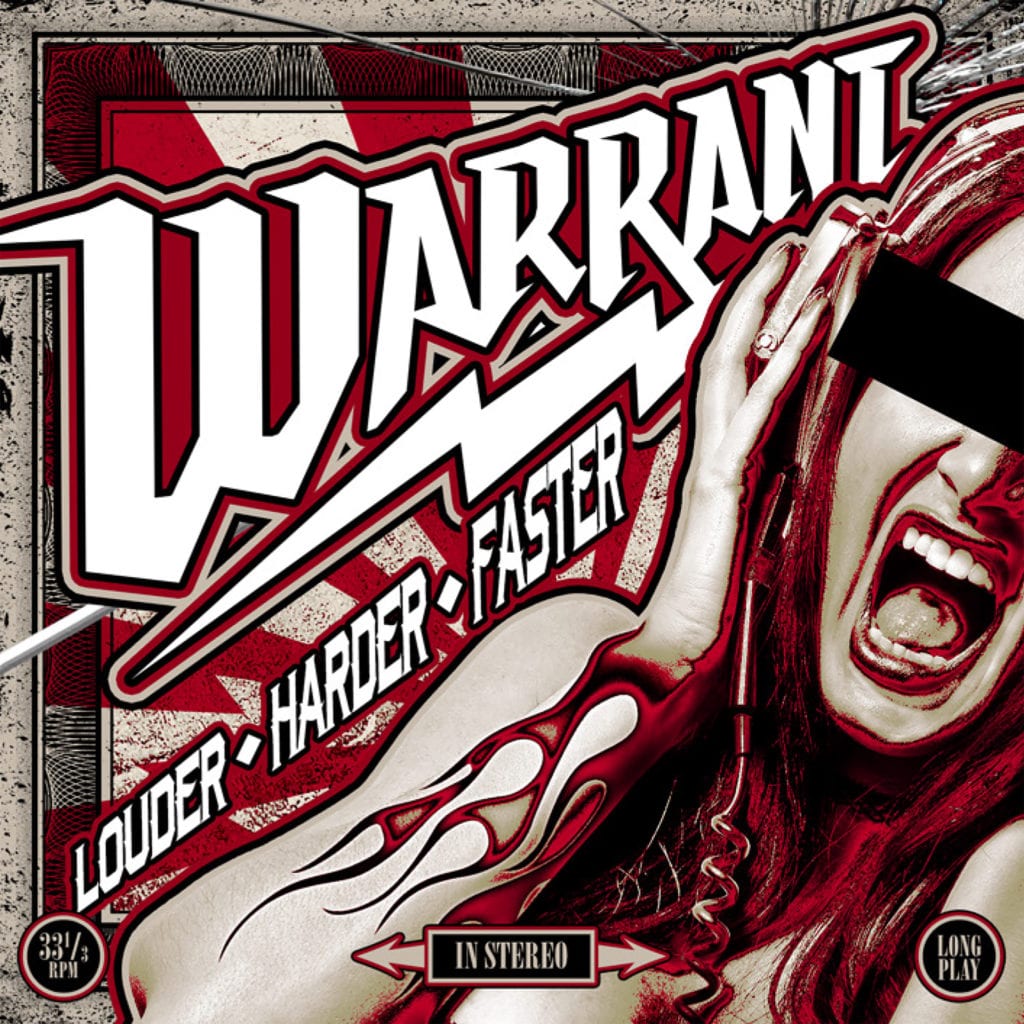 “Louder Harder Faster”, the new album by Warrant. With eight million records sold worldwide, two Top Ten Billboard albums, five Top 40 Billboard hits, five #1 MTV videos under their belt, and back after 6 years with a rocking new album. Now, six years after the release of “Rockaholic,” the album that relaunched the band as a force to be reckoned with in the 21st Century.

As a Warrant fan, it’s hard not to miss the vocals of Jani Lane. However, Robert Mason’s vocals are a breath of fresh air. The band has some serious talent from the likes of Jerry Dixon, Erik Turner, Joey Allen, and Steven Sweet. This is just what the band’s needs, fresh vocals and an attitude to rock.

With production handled by Jeff Pilson (Foreigner and ex-Dokken bass player), Warrant sound tighter and playing better than ever before. “Louder Harder Faster”, true to the band’s roots, is full of rock anthems with some classic ballads thrown in, which is sure to send their loyal and faithful fans into a metal meltdown.

Warrant was one of the most popular and successful rock bands to emerge out of Hollywood, CA in the late 80’s and early 90’s. The band was formed 1984 by Erik Turner. In 1989, Warrant released their classic debut album “Dirty Rotten Filthy Stinking Rich”, which immediately entered the charts and launched the hit singles ‘Down Boys,’ ‘Sometimes She Cries’, and ‘Heaven’, which climbed up to number two on the US charts.

In the summer of 1990, their second album “Cherry Pie”,  which is a personal favourite, was released. The album turned out to be an even bigger success, featuring the Top Ten hits “I Saw Red” and the anthem “Cherry Pie”.

The first song on this album is ‘Louder Harder Faster’. With the opening lyrics, “It’s 9 o’clock time to get ready, turn up the radio hard and heavy”, it’s exactly what I wanted to do when listening to this album, the catchy and melodic song is a great opener to kick start this record.

Like every good rock band’s album, you have to have a ballad. Warrant are no exception and their ballad is ‘U In My Life’. Robert Mason’s powerful voice is allowed to shine as the vocals take the lead.

The song after ‘U In My Life’ is ‘Music Man’. The song is different from the rest of tracks, the opening is stripped and raw with just vocals and acoustic guitar. Then the bass, drums and guitars jump out, taking you by surprise.

The song which stood out on this album is track ten, ‘Choose You Fate’.  The lyrics, “Run if you’re ready to run, fight if you’re ready to fight”, starts the chorus. The catchy melody will have you singing this for hours, days and weeks after hearing it.

Overall this a great album from an iconic 80’s band who shaped the way for some classic 80’s metal. Songs that stand the test of time as Warrant has been around recording music for over 30 years and have loyal fans all over the world who like myself got hooked.

The sound is great, it’s addictive and it’s satisfying.

With the release date of 12th of May 2017, I recommend that this album get’s pre-ordered by Warrant fans everywhere.