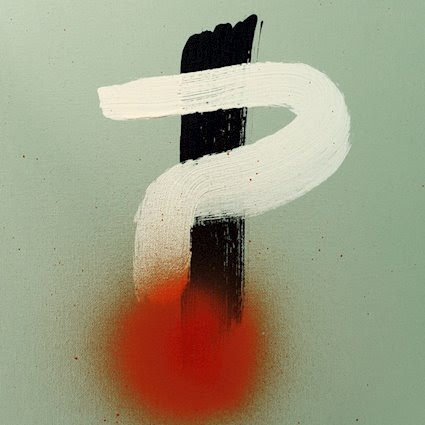 In this edition of NOT SO HEAVY Magazine reviews, we take a look at Grammy award winning “Rock” band Switchfoot. A band I know the name of but not so much the sound of, so I had to do a quick Google to remind me of why the name rings a bell. I find a couple of older videos of some tunes that I may have heard before, but that never really had any impact on me. One of the tracks seemed to have some kind of cool grunge sensibility about it, but by no means was a banger.

I put the album on while I’m antagonising anti-maskers on Facebook and let it play out in the background, waiting for something interesting or even slightly rocking to prick my ears up. What I encounter is a bunch of pops songs with less ferocity than a Coldplay chart topper. This is probably someone’s jam, but probably not anyone that reads this magazine.

It’s not that these are bad songs, and I’m sure they’d probably be enjoyed by listeners of popular music radio stations amongst the latest hits of Ed Sheeran because they are very soft and very radio friendly. I actually feel that I’ve heard the first three songs Beloved, Lost Cause and Fluorescent before, but in retrospect I believe it’s just a very familiar formula for radio pop songs that gives them their familiarity. The last of these three tracks, Flourescent, almost starts to rock for a second, but then doesn’t.

If I Were You kicks off a little rockier and sets itself up to take off, but again, just like the previous track, it doesn’t. I’m literally making it halfway through these tracks before realising that just like every Tool song in the last 20 years or so, the songs just don’t go anywhere.

The following track The Bones of Us somehow manages to go even less of the distance and by the second minute I’m skipping forward to Splinter. No, not the sensei rat from the Ninja Turtles unfortunately, but another mediocre pop rock song complete with Casio keyboard synth parts. They do try to get this one rolling, but again, it never really hits any kind of notable peak.

At this point, there are five more tracks remaining on this album, and I literally don’t think I am going to make it. The next track I Need You (To Be Wrong) pretty much proves I’m not wrong and is possibly the most boring track so far. It’s followed by a track titled The Hard Way which is the most “rocking” track of the album so far. It even goes so far as to open up into a chorus which you could actually sing and dance to, if that’s your kind of thing. But calm down headbangers, we haven’t quite got there yet, and I don’t think we will.

Ok, I take back what I said about I Need You (To Be Wrong), the next track Wolves takes the cake for the most boring song on the album. This song doesn’t even make sense in the whole scheme of things and seems to be one of those songs you chuck on the album because one of the guys in the band wrote it, and you want to give him his moment of creative freedom. A bit like that My World song at the end of Use Your Illusion II.

If I could go backwards in time, as the chorus in Backwards in Time states, I’d probably skip reviewing this album due to a lack of good things to say about it. In the big scheme of things, though, this isn’t a bad album, it’s just not a very exciting one. And while this song is quite nice and pleasant to the ear, just like the others it never really hits any kind of peak.

I’m crossing my fingers for a banger of a closing track, but what I get is something that sounds like it could be a top 20 hit on the American Pop Country charts. Fortunately, or unfortunately, Electricity is one of the least boring tracks on the album. It almost makes it there, almost. So close, but no cigar!

Well, I made it to the end, and what can I say. Firstly, this isn’t a bad album, but it’s not a great album. Will it get you rocking? No!. Will it get you singing along? Maybe in a few spots here and there. Would you put this on at a party? No! Would you put in on in the background while you’re having your afternoon tea and reading a book on the back deck?

Probably, and you’ll probably hear a few of these songs on commercial radio because that’s exactly where they belong. Heavy Mag, not so much!