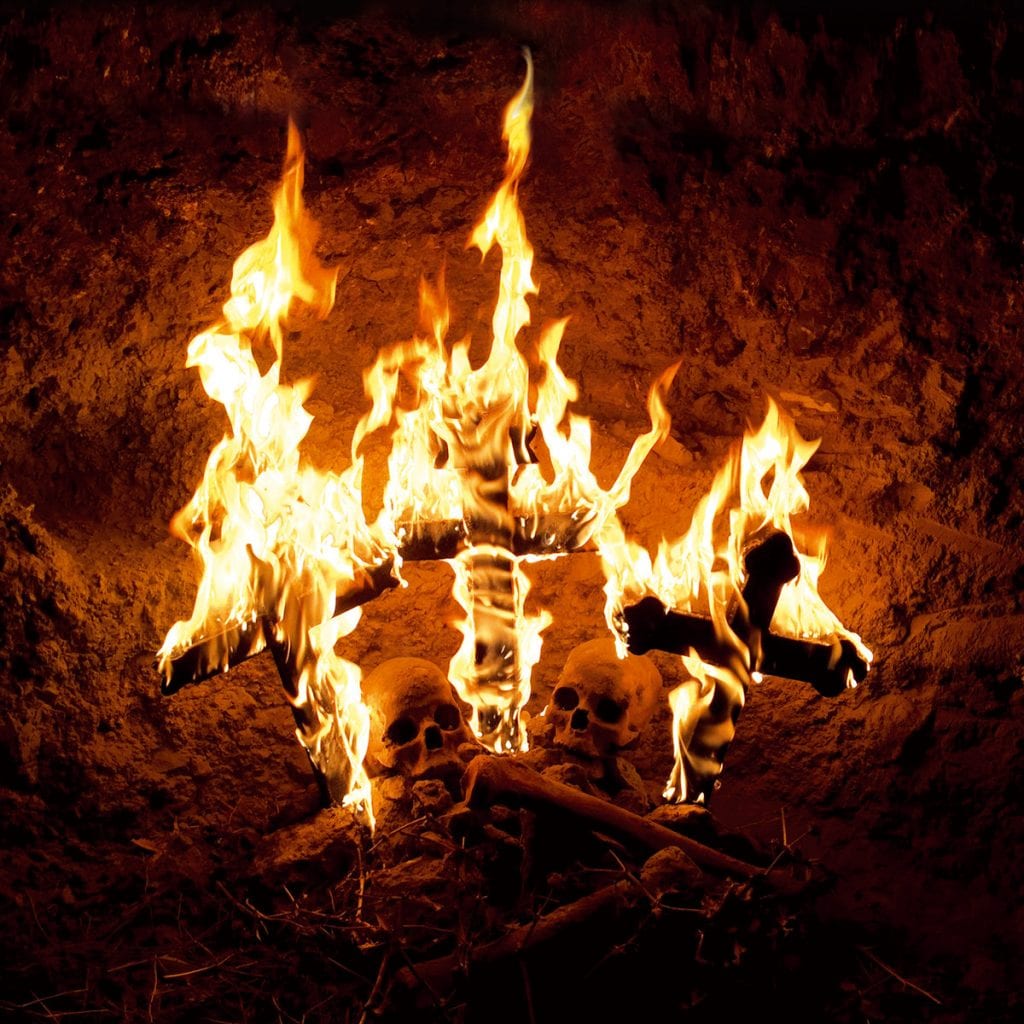 Spectrum Mortis from Barcelona have delivered a sparse and bottom dwelling black metal opus as confronting as the third world country they originate from. Blasting us first up is the open and doom inspired ‘Bestiae Dominatu Exanimis’. A well polished black metal tune that is as traditional as they come but with a more refined mix whilst trying to maintain all the ingredients needed for trad black metal.

‘Orationibus Sanctorum Satanae’ is repetitious death/doom sludge delivering the atmosphere we so appreciate and love about the darker of metal crossovers but not so much in the way of changes in musical shifts to be heard here.

Like an ambient, crushing Satanic sermon, the gospel of Spectrum Mortis mercilessly rolls on through track three and finally purging a plethora of musical shifts, clutching their flock closely. ‘Hymnus Mortis et Cruentum Sacrifi’ steams along like a god of war destroying all who bow in submission. It’s a fucking awesome song!

Clearly, I am trying to keep their Latin theme here and be as descriptive as possible, which is the story clearly trying to be told by Spectrum Mortis. Grandiose and evil, just as we would expect with titles and artworks such as theirs.

The climactic and penultimate tune before our demise ‘Cibum Comedentis Mortuorum et Pri’ rolls along as all songs before it and it is here where I find I have almost reached my peak with Spectrum Mortis. Yes, they are grand and encapsulate all that this style of black metal epitomises, but it is, without doubt, another textbook delivering black metal album that fails to stray from a safe path.

That is in no way bad thing, ‘Blasphemare Nomen Eius’ is a thirty minute, five track EP/Mini LP that may well leave you satisfied or wishing for more. Ending with the wind cascading the studio, backed by an acoustic guitar ‘Mortum ac Tumultu in Tenebris’ winding us down peacefully and it is I think a perfect and fitting end to Spain’s Spectrum Mortis and their unrelenting sermon that is ‘Blasphmere Nomen Eius’

Fairly stock standard black/death production here. Tons of vocal reverb and high tone guitar, blast beats galloping the structure along and a pretty good debut from a band who are apparently grassroots black/death veterans, all from bands from years past.