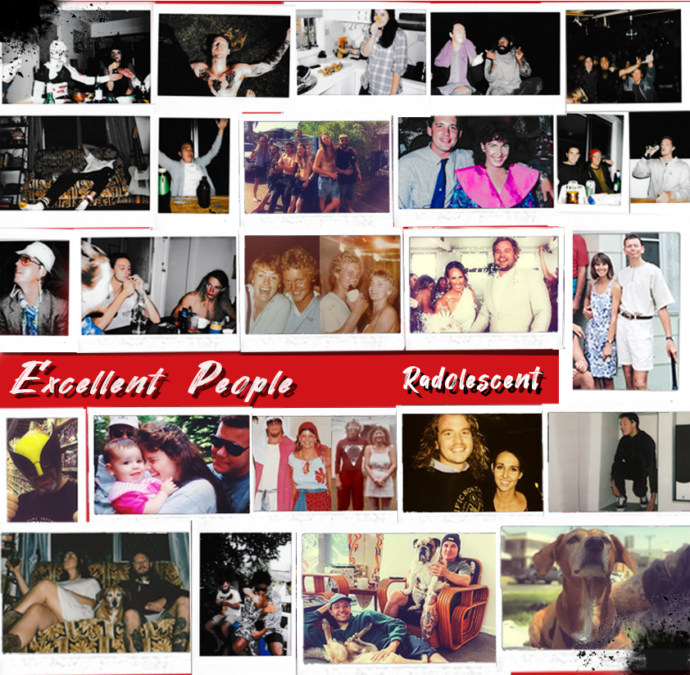 Bands change all the time. Members come and go, bringing or taking their influences and talents with them. And within that ebb and flow, a very small number of bands get lucky enough to stumble upon the perfect line-up.

So when Gold Coast punk-rock 3-piece Radolescents announced they were levelling up to a five piece, it’s fair to say the odd eyebrow ventured North.

What would this mean for their ‘sound’? Will the songs now blow out to accommodate the new members? And, how the hell will Isaac, Lachlan, Kerrod, Rachel and Michael fit onto a pub stage now?

Luckily, we have their new E.P Excellent People on hand to help find the answers.

And it only takes 13 seconds to be introduced to the whole band on opening track Calling Out. The bass rings out first, immediately followed by the guitars, chased by the drums before delivering us to the vocals. 30 seconds later and the chorus decides to invite itself in to stay for a while, it’s that catchy.

Track two Couch keeps a similar vibe and energy going, but it isn’t until the second verse kicks in and Rachel’s vocals come to the fore that this song really finds its feet. Another cracking chorus and unexpectedly poignant interlude later, and we are greeted by tracks Money and BlinkT and a change in pace. BlinkT in particular benefits from the slight slow down, allowing some great lyrics the spotlight they deserve.

Final track Home brings the energy back in a big way and bookends the e.p perfectly with opener Calling Out. And it’s perhaps this track that best showcases the benefits of Radolescents becoming a five piece. With its backing vocals, outro lead break before ending with a group chant.

All of which they can now reproduce live on stage….if they fit!

Sixteen minutes later and Radolescents have delivered an e.p with the kind of songwriting and production (it sounds great) that makes the listener want an L.P from this mob, sooner rather than later, please.