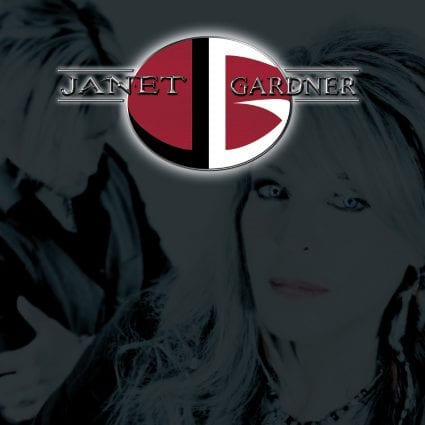 If you are a true fan of hard rock, then the name Janet Gardner certainly needs no introduction. With a career spanning 35 years now, Gardner was the front woman of the amazing Vixen and later JSRG. Now Gardner has released one of the best albums of this year with her first self-titled solo album: Janet Gardner.

Not only is Janet Gardner one of the best albums of 2017, but it is also one of the most heartfelt you are ever likely to hear. Penned and recorded with her husband, singer/songwriter/producer Justin James, this album not only has that relaxed vibe that could only have been captured recording in a home studio but also contains tracks that you can tell have been written purely from the heart.

Tracks like “If You Want Me,” “Candle” and “Best Friend” when pieced together clearly make the story of Janet and Justin’s relationship. Any one of those tracks could easily be used on a mix tape (or a Spotify list for someone you love) while the acoustic “Best Friend” is going to be a track that a lot of people will want to use at their wedding in the future.

That same heartfelt sentiment is there on “Let It Be Over”, a track that explores what is happening in the world today from environmental vandalism through to mass shootings. The track was inspired by the fact that one such mass shooting occurred not far from where Janet and Justin live and how they feel about the matter certainly surfaces in these beautiful lyrics.

It’s rare that such a heartfelt album can have so much grunt, but never once does this album stray from its hard rock roots. In a way, Janet and Justin have created their very own sound. The album does touch on that old-school hard rock sound that we all love – there is a little bit of a Lee Aaron sound in there at times – but with their own touch, the pair has also infused a new fresh sound into it all as well. But even amongst the heavy riffs and fuzz of a track like “The Grind”, Janet’s voice still shines through, at times sounding like an angel with amazing melody.

That new sound is never more clear than on “Hippycrite” which contains a very unique style of hard rock that seems to have been created just for this album, while the grunt and attitude of “Rat Hole” shine through nice and early as Janet drops a ‘mother f**ker’.

Janet Gardner is a sensational album and one of the best hard rock albums we’ve heard for quite awhile. Janet’s vocals are amazing while together her and Justin have created an album that not only sounds great but has lyrics that speak to you on an emotional level. As an album, this will go down as a classic from two of the most gifted musicians on the planet.