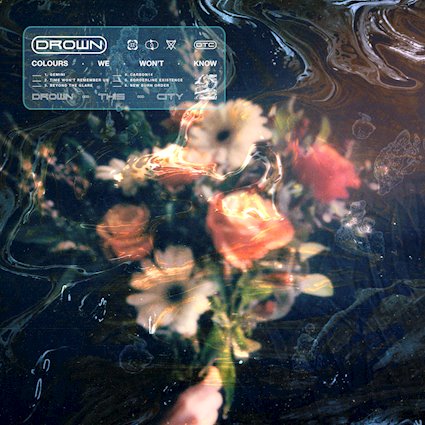 Melbourne metalcore outfit Drown This City have unleashed their latest EP Colours We Won’t Know on the world, and what a treat it is!

The follow up to universally lauded 2019 EP Alpha//Survivor, much of the talk surrounding this EP in the lead up to its release was the addition of Toby Thomas on bass, but, more importantly, the transition of most of the harsh vocals from vocalist Alex Reade to the bands newest member.

In what has proved to be a brave and ultimately successful move, Reade has focused more on clean singing on Colours We Won’t Know and excels in a way that adds another dimension to Drown This City’s already formidable sound.

It allows Reade to fully absorb herself in the intimacy and angst of her lyrics, with the vocal interplay between the two adding layer upon layer of sonic intensity that lifts this release above anything the band has done in the past.

Opening track “Gemini” provides an unexpected period of relative serenity and is in complete contrast to what most would have expected. It allows Reade the opportunity to showcase the inherent beauty in her voice rather than smashing you into submission from the outset, with minimal and select splatterings of Thomas’s harshness almost acting as a tease.

“Time Won’t Remember Us” sees Drown This City return to more familiar surroundings but somehow the song seems to pack an even deeper punch than ever before. Reade seems to be able to give more of herself to the music, allowing the innocence and raw emotion to filter through in more powerful fashion.

“Beyond The Glare” is a soaring and well-crafted number that at times threatens to descend into musical chaos but is beautifully restrained and left to run its own course.

“Carbon14” is the heavy-hitter of the EP, starting to the tune of swirling guitars before Thomas’ vocals take over in a musical maelstrom of angst and anger that is punctuated by the calm serenity of Reade who provides moments of delicacy to lashings of carnage.

Album closer “New Burn Order” starts quietly and almost soothingly, threatening to draw the EP to a meandering conclusion before Thomas interjects and offers a differing perspective both vocally and sonically. He is the Yin to Reade’s Yang and is a seemingly harsh voice of reason and comfort.

Reade and Thomas already have a vocal connection that will only grow stronger over time.

Colours We Won’t Know should manage the rare feat of redefining Drown This City’s labelled genre and lift them out of the common metalcore tag and into a league of their own that will be limited only by their musical growth.