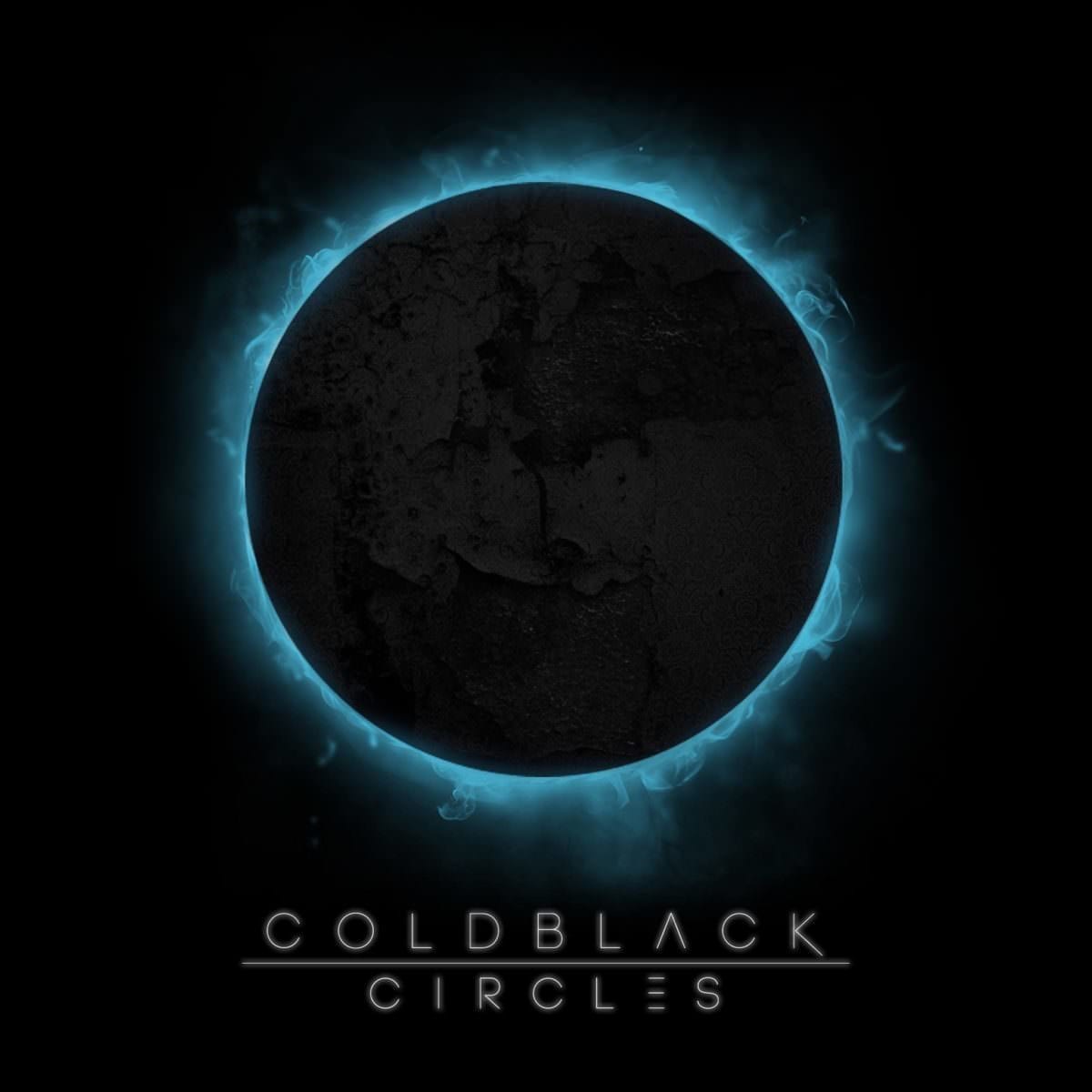 Cold Black is an electronic infused metalcore band from Denmark that formed in 2011. In 2012 they released a five track EP and have had many successful tours since then. 2017 marks the release of their first full-length album, ‘Circles’.

The LP opens with “Circles”, the first single released from the album. The track is a riff ridden electro infused single that may remind listeners of Bring Me The Horizons “Can You Feel My Heart”. The catchy electro intro with (relatively) the same song structure starts the album off with a bang. There is a lot of influence from BMTH on this track and fans will either love it or hate it.

The follow up on the album and the second single release is “Resound”. In my opinion, this song is the stand out of the album. The violin intro creates this sense of instant atmosphere and deepness that persists throughout the song and brings out emotions in the chorus. The drums from Jamal are exceptional on this track and pair well with Victor’s great vocal performance.

The next three tracks are some of the weakest on the project. “Call of the Wild” and “Miles” have a very similar sound and don’t offer much to the LP. The vocal performance isn’t as strong as the initial two tracks, and the instrumentals aren’t up to par either. “Dead End Eyes” is slightly better. However, I lumped it together with “Call of the Wild” and “Miles” during each album listen.

Track six “Throw me to the Wolves” and seven “The Rain” is a slight return to form for Cold Black. The tracks are interesting with some stand out instrumental pieces and vocal pairing. “Throw me to the Wolves” has some great backup vocals and great pacing with the track changing speeds often. “The Rain” starts with a fantastic little electro beat that leads into the first initial burst of heavy guitar and vocals. It is a great little background beat that holds the track together.

Cold Black decided to finish strong with “Fire Walk”, the last track on ‘Circles’. This track is on par with the opening tracks “Circles” and “Resound”. The keyboard paired with the violin in this track makes it stand out and solidifies itself as the album finisher. Victors vocals are extremely impressive on this piece and seem to shine when contrasted with the tracks violin.

While listening to this LP its clear that BMTH and Asking Alexandria have heavily influenced this album, however, ‘Circles’ is a solid first full-length release from Cold Black. The stand out tracks “Circles”, “Resound” and “Fire Walk” are done exceptionally well with the band fleshing out their style and sound. “The Rain” is also a great listen and is a nice set up for “Fire Walk”. However, the remaining tracks on the album are rather forgetful with nothing making them stand out to the listener.

Overall Cold Black has released an excellent album for their first full-length release. Some tracks are forgettable, but the stand out tracks make up for any short comings the album may have.

PrevPrevious.[LIVE PHOTOS] THY ART IS MURDER and Alpha Wolf, Cursed Earth and Deadlights on 29/7/17
Next.[LIVE PHOTOS] THE LOCKHEARTS at The Factory Floor, Sydney, 29/7/17Next