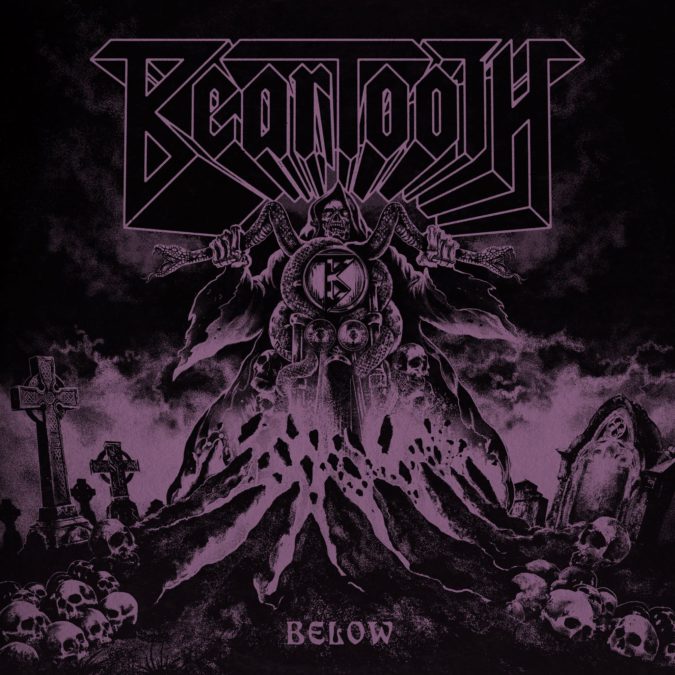 Beartooth, a name I’ve heard, but a band I’ve never had the pleasure of listening to.

Their press release photo had me thinking that this was going to be some kind of ‘middle-of-the- road’ radio rock band, with a singer that looked like the ‘WISH’ version of M-Shadows.

Without jumping to too many conclusions though, I threw this on while driving around at my boring day job. My first thoughts were that these guys are pretty damn good with their heavy mixture of rock and metal riffs and soaring clean choruses. I actually gave this one multiple listens before sitting down to write this review, and the more I listened to it the more it impressed me.

A very short, crusty intro throws us into some kind of chant with the words “Six-Hundred Sixty-Six” something or the other, which made me spew in my mouth a little and almost turn it off straight away. Then the guitars and rhythm section kicked in with a brutally heavy chug pattern and heavy vocals before blasting into a soaring rocked out clean vocal chorus.

This song Below does not let up from this point on and just continues to deliver with a mix of heavy rock, metal chugs and those soaring choruses I spoke of earlier.

Bam, straight into Devastation with its devastatingly heavy rolling rock riff and blasting vocals. This song is again pretty relentless until its hits the next soaring chorus which doesn’t even let up from the heaviness of the song. Then the breakdown, the breakdown, well played Beartooth, well played!

The Past is Dead, unlike the previous two songs opens with clean vocals and a toned-down heaviness. This is the first single and video released from the album and is probably where they slot into that “middle-of-the-road” space that their promo pic suggested. Although not their heaviest song, this is still an absolute banger.

Fed Up follows suit with the previous tracks clean vocal intro before rocking into another heavy as balls rock riff. Catchy as fuck this one is too, those big choruses just continue to deliver until we hit another massive breakdown section. I think by now we all get where this is going, with each song having a similar formula which just seems to work so well!

Dominate brings on a much heavier, faster feel with even the choruses delivering some solid screams of angst followed by sections of double-kick filled blast beats.

No Return and Phantom Rain bring us back around to the feeling of the start of the album and then Skin kicks in with a distorted bass line and vocals which sound like they belong in a 90’s pop-punk band. Not a bad song if you’re into that kind of skater punk vibe, but not really my kind of jam until it hits an interesting, disjointed breakdown groove. Looks like they just saved that one by a bee’s dick before Hell Of It kicks in with absolute ferocity.

I Won’t Give It Up throws that punk rock vibe around again but this time with a slightly heavier feel, and it is again saved with a massive breakdown section. The next track The Answer pulls together all of the elements thrown around throughout the album including massively heavy rocking riffs, crushing breakdowns, and those soaring clean vocal choruses.

Not a bad end to the album, until the end of the album kicks in with The Last Riff, which is literally just the last riff, but what a fucking banger of a riff/riffs!

If you’re not one of those metal elitists who just listens to underground European death/black metal bands, that no one else has ever heard of, or cares for, you’ll probably find something to enjoy in Below. It’s really hard to slot Beartooth into one of the 5 million metal genres that there are these days, but let’s just call them Modern Metal, or just plain old fucking Good Metal!