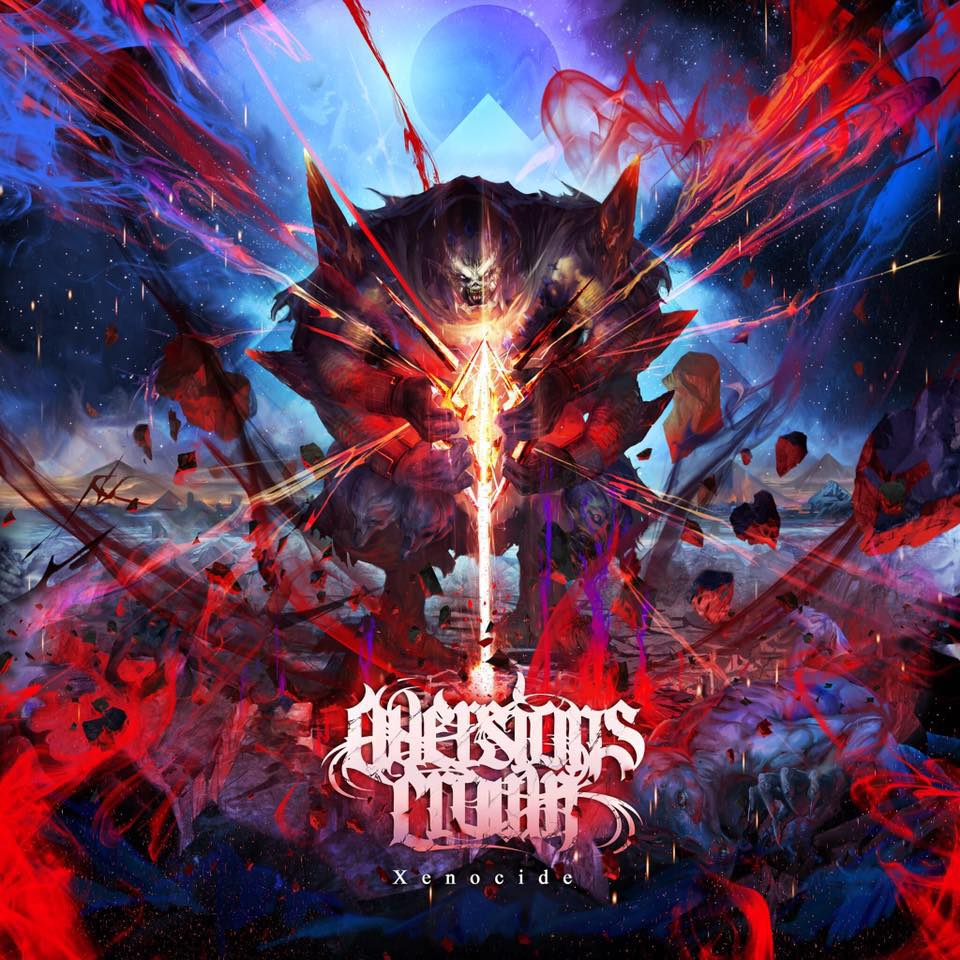 Well, fuck me if 2017 isn’t going to be the year for extreme Aussie music.

Abramelin reforming, writing new material and touring (SO FUCKING GOOD!) as did Superheist.

So many local pub festivals, full shows and venues showcasing the incredible talent we are producing and nurturing in our diverse and metal spoilt nation.

But I digress, let me lay upon you this before we get into the guts of ‘Aversions Crown’ latest release – ‘XENOCIDE’

It took me a long time to truly embrace metalcore as a standalone genre. It gets a lot of shit based on the repetitive breakdowns and seemingly similar chug…chug…chug…chug chug chugging it gets away with constantly. But it is for this reason only that we put it on loudly and bang our heads with reckless abandon in either our kitchens or at a gig. Sure it is because of ‘The Chug’ that is so incessant at times and even grating to a point if there are too many bands of this style on the same bill on the same night that it can be a little too much. Even more so when it becomes mathcore based as well *mind boggles*

But just occasionally a band or two just seem to take us as listeners and critics to a special place, knowing there are one or two bands that produce a sound so profound we are stupid to deny its existence.

Thy Art is one and so are Aversions Crown. Both of these Australian extremists holding an esteemed place on the bludgeoning world stage amongst tyrants and giants within metal. Xenocide is about to set the standard and then obliterate all extreme brutal bpm based metal for 2017, and with only 11 days behind it since it’s release ‘Xenocide’ has already graced #38 on the ARIA charts. Making a clear and bold statement that Aversions Crown, Metal as an entity and more importantly Aussie metal won’t be sold or bought back by record companies and execs viciously trying to save their companies and jobs. It has been put there, rightfully by the wallet opening public, clearly parting with their hard earned to hold something tangible and magnificent in the hands! That is how truly incredible Xenocide is and also the impact metal is making on the world. Forty odd years too late granted but we are seeing trite and fake idols and reality tv and stars “formed” from them die a worthy and deserved death leaving room for potent and well informed and selfless artists born from their ashes.

As you saw above the taster and new official video for ‘Prismatic Abyss’ taken from Xenocide is perfectly crafted extreme dominating metal.

It holds little snippets musically of middle eastern influence whilst sonically battering upon the necks, skulls and eager ears of the faithful. Honestly, Xenocide has “levelled up” when comparing to a great many other core based bands. It’s production is faultless. Every instrument is lovingly nurtured and pummeled The notes hit by Chris & Mick are flawless, the skins battered and pounded by Jayden are Thor like and hypnotic and those vocals, squealed grunted and spat at us by Mark sits all sit as a beautifully brutal symphony or extremity and as a cohesive whole is  perfect example of ones prepared to suffer and bleed for their cause.

Make no mistake though dear reader, Xenocide is as un-fucking-relenting as you can expect. Not in a Rings of Saturn computer generated ego bowl of shit soup kind of way but Aversions Crown are merely an uncompromising sweat drenched universe ofanger. Xenocide is Aversions Crown’ third album release and second for Germany’s Nuclear Blast label and based on their clear and worthy popularity will not be their last.

On the grand scheme of things, Aussie metal, more importantly, Xenoocide by Brisbane’s Aversions Crown is most definitely setting the standard for metalcore this year and for the genre as a whole moving forward. It’s early days yet, and we are sure to see a few more album explode from our stereo speakers, but Xenocide has most definitely set the level for all releases of this calibre following them this year.